What Does a First Assistant Photographer Do?
A Conversation with
Spencer Amonwatvorakul

Fifth in the series.

Many people dream of quitting their job, but turning that dream into a reality rarely happens. Photographer Spencer Amonwatvorakul is an exception. Spencer had become a person he didn’t want to be – working 9 to 5 in sales wasn’t exactly the life he had envisioned for himself – so, he made a change.

Today, Spencer is a first assistant photographer to Mark Leibowitz, a well-known Los Angeles-based director and photographer. When he’s not assisting Mark or pursuing personal projects on the side, Spencer is busy building his own tech business. The self-proclaimed workaholic is fascinated with self-improvement and is always seeking new ways to refine his skills as an artist and entrepreneur.

CreativeFuture recently visited with Mr. Amonwatvorakul to talk about where he found the courage to give up his day job and follow his passion. If you want to know what it takes to make that first step, become a first assistant photographer, and begin working toward your dream, Spencer has some valuable advice for you. 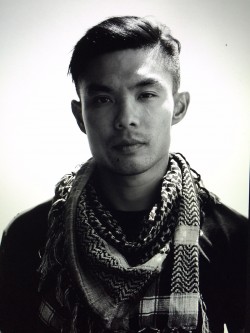 Lucy Sosa: How did your art career start?

Spencer Amonwatvorakul: Before I started doing photography, I was a salesman. But after five years I hadn’t realized how dissatisfied and apathetic I had become until I did something I completely regret. To be honest, I stole money from my last job – and that situation made me really wake up. I did something immoral because I was unhappy. I realized I needed to pursue something where I was really engaged physically, spiritually, and mentally, and something I could devote myself to. After I quit, I enrolled in Orange Coast College’s photography program and after two years, I decided if I really wanted to pursue photography, I needed to go out and try it. So, I dropped out. I got a job at an equipment rental house and started apprenticing and assisting other photographers.

LS: Did you ever make amends for stealing money at your previous job?

SA: I put the money back in an envelope and anonymously returned it. I still feel really bad for stealing, but it was also a big life lesson. That was a turning point for me. I had this gut feeling that continuing on my path of going into work, clocking in, and doing something just because I needed to make a living, wasn’t a good enough reason to stay in the same cycle.

LS: It takes a lot of courage to quit a secure job and pursue a passion. Do you have any advice for people who are too scared to make that leap?

SA: A lot of people would say – “Just go for it” – but I didn’t believe that it was that easy. I was one of those people who was very cautious to make the leap. But I would say, if you’re in a position where you can financially take some time off to pursue your passion, then go for it. If you’re not in that position, then you need to find a way to make small, minor adjustments to get to where you want to go, and the most important thing is to have patience. Careers take a long time and good careers take even longer. I’ve been working on my career for six or seven years now.

LS: What were some of the most important breaks in your career?

SA: Meeting Mark Leibowitz was a very important break, not only because I work for him, but because he is also a mentor and friend. Another important break was just learning how to learn to accept risk. When I was working in sales, it wasn’t in my paradigm to make a living off something creative. Having to reach a point of, “I’m just going to go for it and try it out,” was a big break for me. Don’t focus on the outcome, rather fulfill your curiosity. 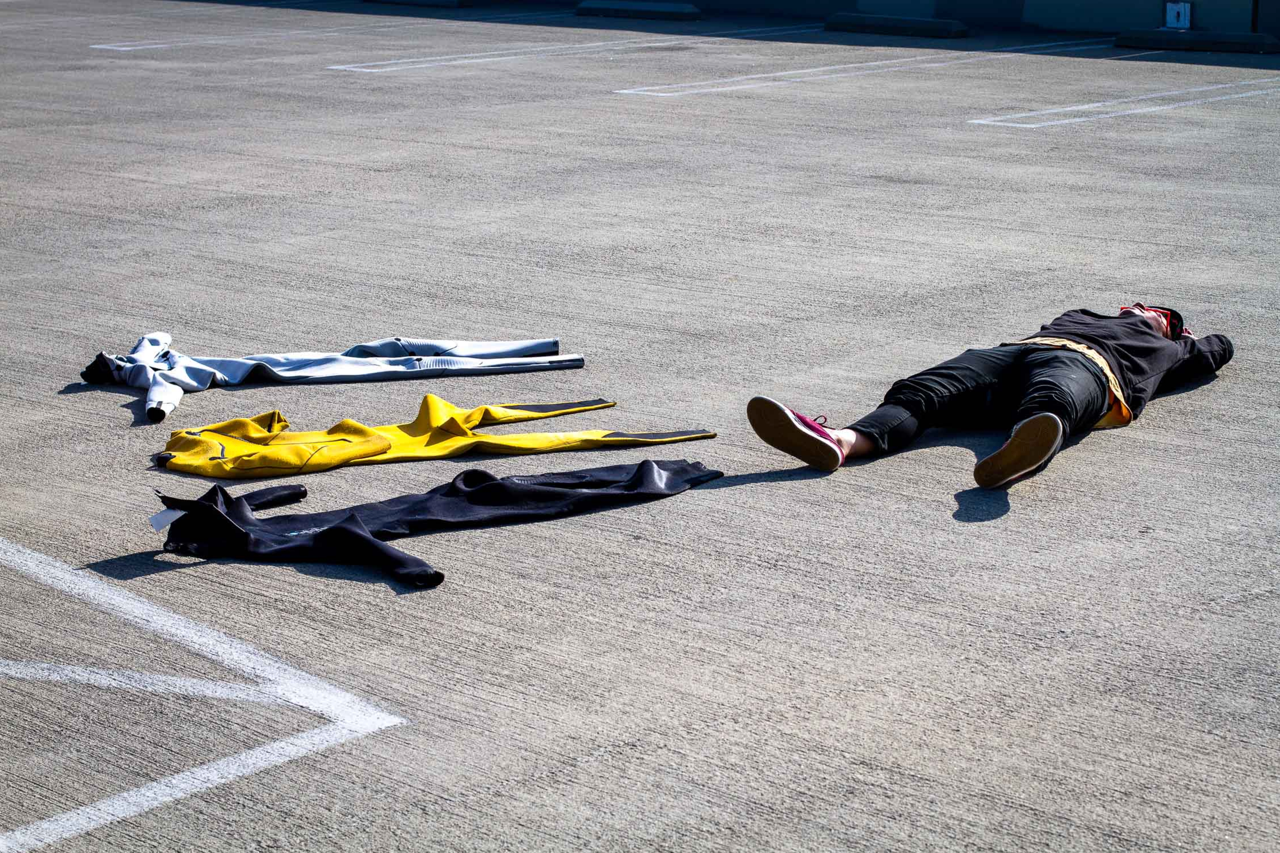 LS: How did you meet Mark?

SA: The owner of the equipment rental house I was interning at referred me to Mark to assist him on a series of video interviews he was doing for The Hollywood Reporter, called “Roundtables.” Mark directed and interviewed actors, producers, and anyone involved in the entertainment industry in a series of video segments. At the time, I didn’t know much about the industry. Fast-forward a year-and-a-half later, Mark was my first call when I returned from a trip to Thailand. Since Mark had a good experience working with me before, I started working with him more frequently. It turns out I was a good fit, because it’s been that way for two-and-a-half years now. I’ve become more and more involved in his studio. I help a little bit with production, but I mostly help with handling the logistics of shoots.

LS: What does a typical day on set look for a First Assistant Photographer?

SA: The first day is usually spent in pre-production – mainly hiring a team and figuring out lighting and equipment. Shoot day is when you arrive on set and you are setting up the equipment, talking about lighting schematics, making sure those schematics match the references and mood boards you bring to set, and being ready to make any necessary adjustments. Trust me, there are always adjustments. Once shooting begins, you’re responsible for helping to make sure things run smoothly for the photographer and client. You make sure the lighting is going well, that the team is paying attention, and that the photographer is comfortable. After the shoot is done, you wrap. Typically, I work a 10-hour day, which is the industry standard, and working as the First Assistant photographer usually consists of a few days of work – prep day, shoot day, and maybe even a wrap day. I love what I do. If you don’t love it, or at least like it, you’ll need to find something else – because like any job, it’s not always easy, there will be times when you’re challenged. 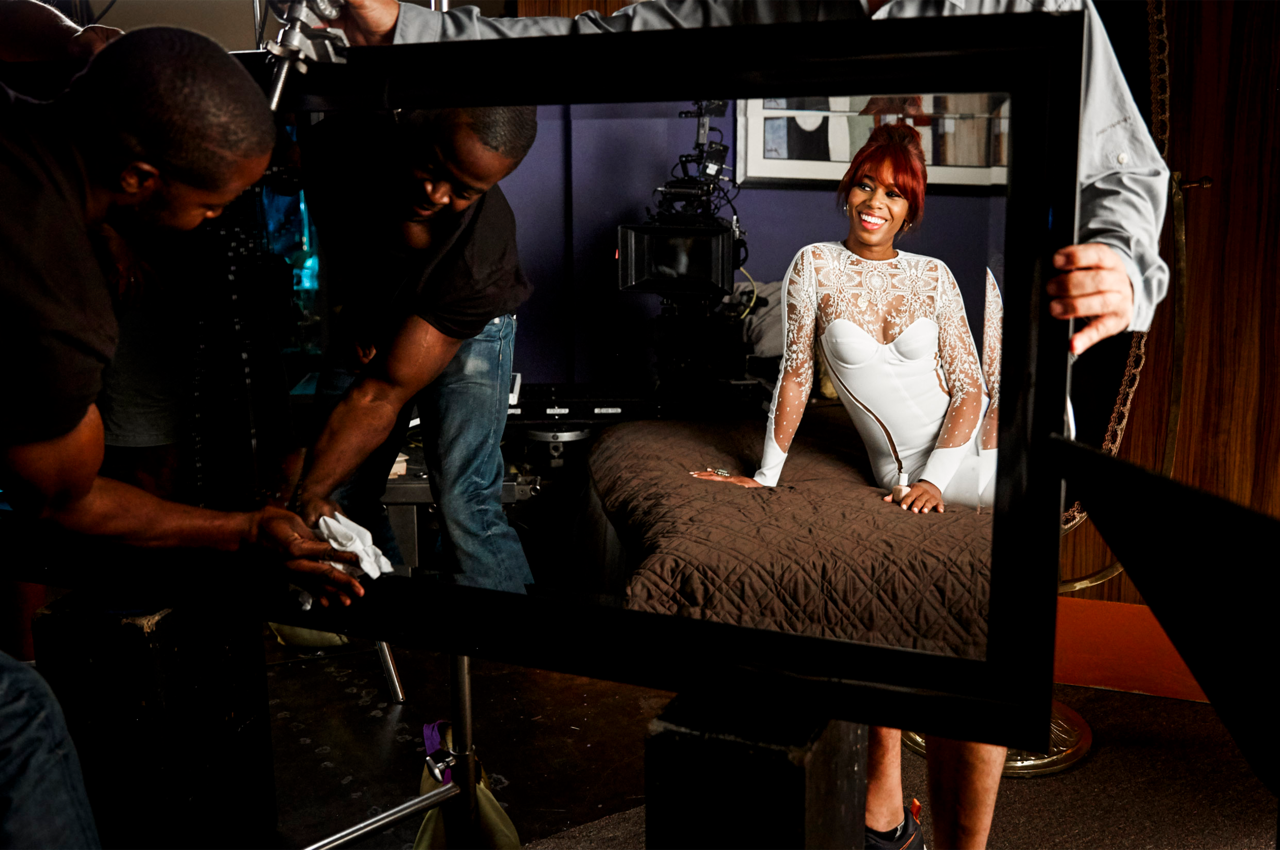 LS: Is assisting the best way to become a photographer like Mark?

SA: It’s one of the ways, but not the only way. I would say that assisting is a great way to learn the technical aspects of photography. But the best way, in my opinion, is to constantly be working on your own photography. As they say in the industry, “Shooters shoot.”

LS: Are you represented by a photo agency?

SA: I’m definitely not ready for an agent at this point in my career. Having that relationship can make certain things easier and certain things harder. It really just depends. Maybe one day, when the time is right, I’ll get an agent.

LS: What was your favorite advertising assignment?

SA: Traveling to Rio with Mark for the Olympics was really cool. We shot [gold-medal winning Olympic decathlete] Ashton Eaton for Gillette. We also got to go behind-the-scenes at some of the events and meet some of the athletes. 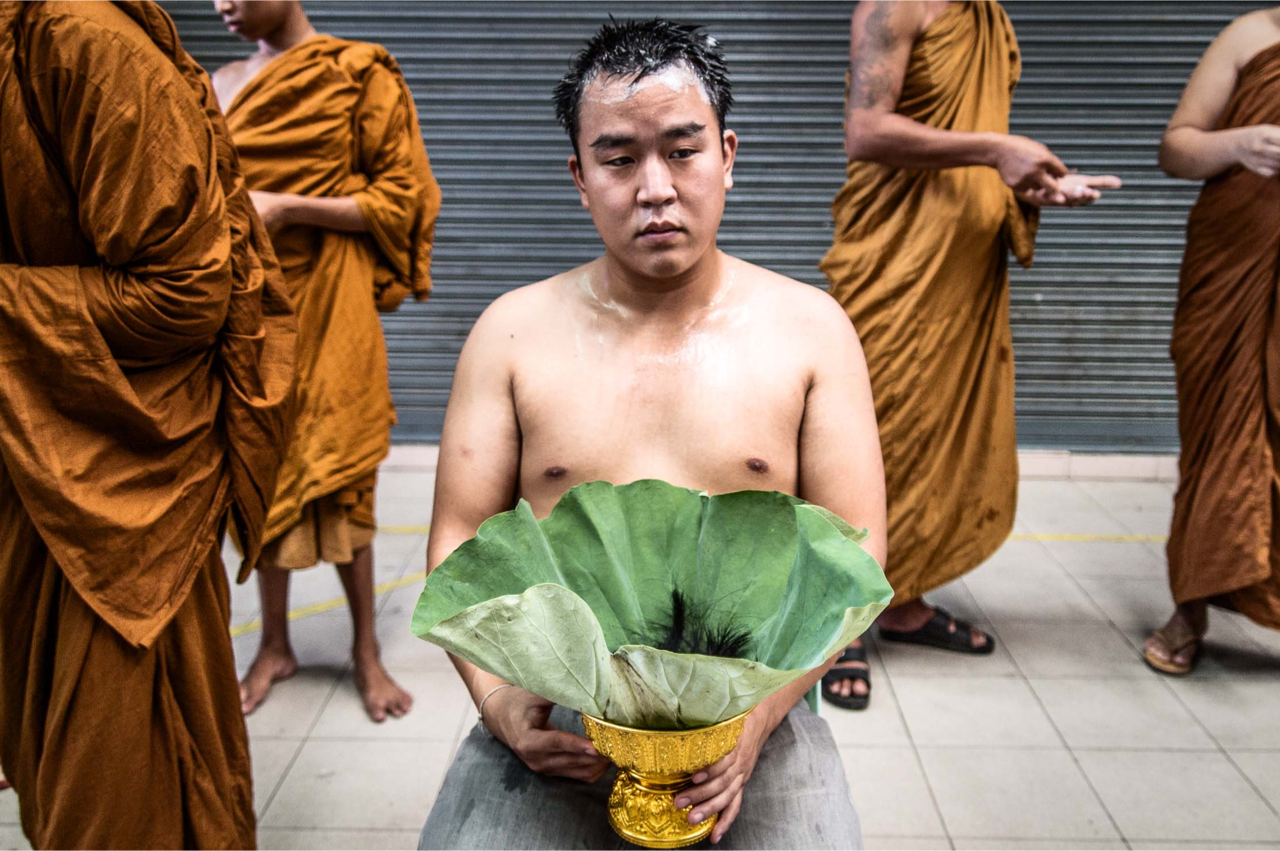 LS: Are there any personal projects you’re working on right now?

SA: I’ve been working on a series of Asian-American portraits for a few months, but I’m still in the beginning stages. I started the project because it was hard for me to find photo books about Asian-American history in a library. There are mostly written documents about it, so it’s important for me to create a visual history about it. Right now, I’m working out what format I want the portraits to be on, the stories I want to tell, and who I want to put in it. It’s a very long-term project that could take several years, but it’s brought tremendous meaning into my life. It’s something I would love to work on more often, but last year was very busy since I’ve been doing other things as well. Not only have I been assisting, I’m also trying to build a digital tech business. That has some legs on it right now, so I’ve been focusing a lot on that.

LS: Do you think it’s important for up and coming photographers to pursue their own personal projects?

SA: If you are a photographer, you need something personal to drive you. If you don’t have something that you find meaningful, then it can get empty pretty quickly. Not only is it important, it’s necessary.

LS: How do you pick your subjects?

SA: Most of the time they are friends of mine who then introduce me to other people. Sometimes I’ll meet someone randomly and I’m interested in hearing their story because of their background, who they are, or I feel good energy from them.

LS: Do you have any methods for finding new clients?

SA: Keep your old clients happy. It’s that simple. Your old clients refer you to new clients. But it’s also important for you to decide which clients you don’t need to work for anymore, whether that be based on rate or maybe you’re no longer learning from the experience. Most of my work has come from word of mouth. I don’t do any type of marketing and I don’t keep an active Instagram. 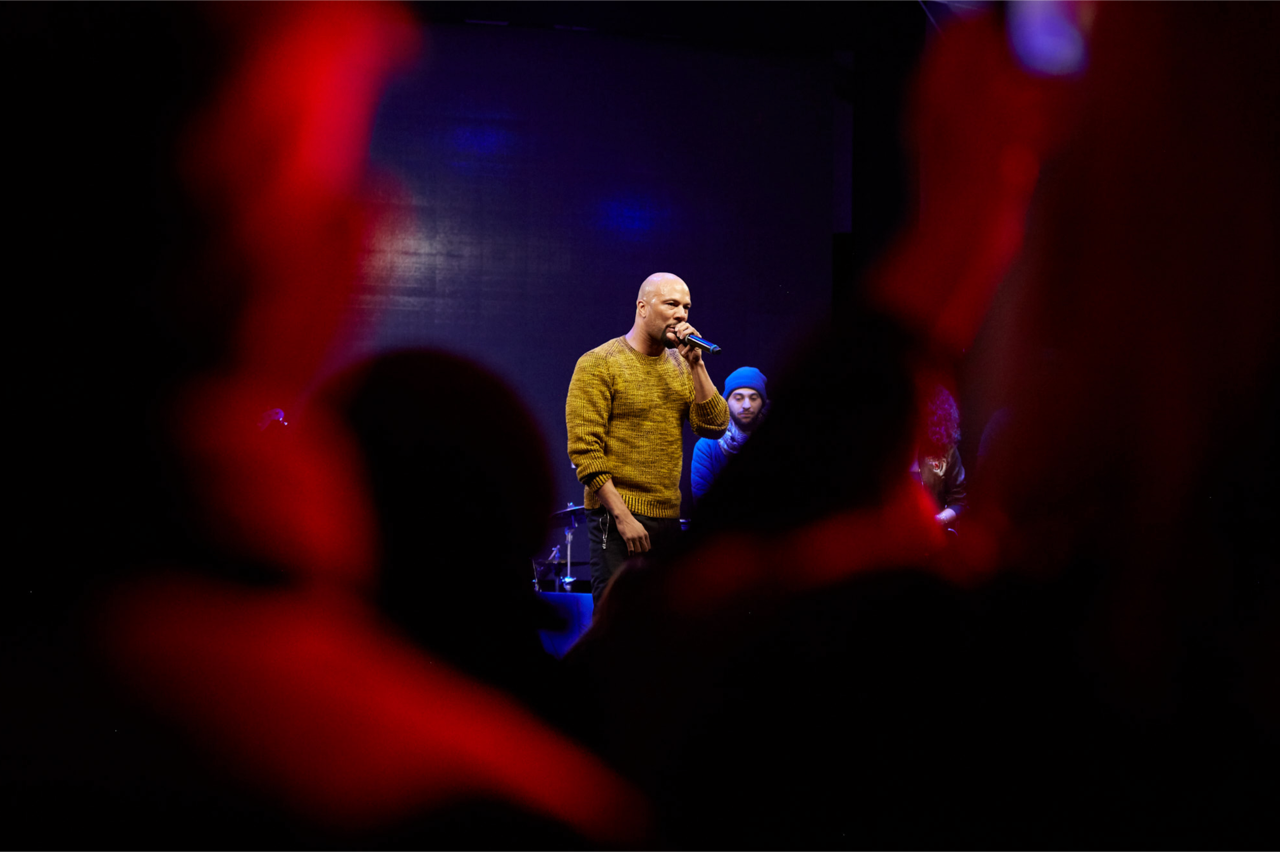 SA: For me, I feel like my Instagram doesn’t really have anything to say. I feel like most IG accounts are just asking for attention, but they’re not trying to say something. This is especially the case with photographers who are basically saying “Look at my work!” on a daily basis. To really connect with an audience, I believe you really have to say something, and for me, I’m trying to find out what I have to say. So until I really feel like I’ve found that, I just couldn’t get into that kind of daily posting just to try and get followers.

LS: Do you have any advice to up-and-coming photographers?

SA: Don’t let others discourage you, and most importantly, don’t let yourself discourage you. I think anybody can do what they want, but sometimes it’s overcoming your own inner critic that’s the hardest thing. 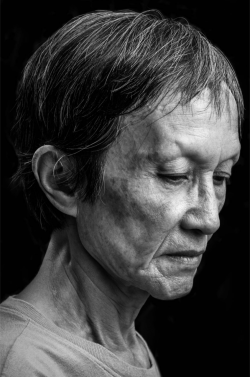 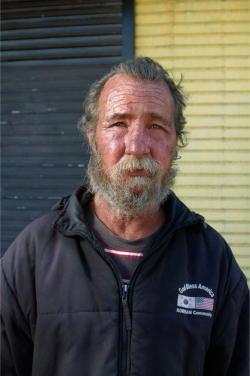