CreativeFuture is committed to creatives having a voice in conversations that impact their future – by providing opportunities to have those voices heard. We are executives and policy experts, and we’re also filmmakers, photographers, writers, and musicians. We understand the daily struggles that creatives face and we are fighting to make creativity a viable career choice and not just a hobby. Because when we #StandCreative™, we stand together.

Ruth Vitale has been at the forefront of independent film production and distribution for more than three decades, including as Founder and Co-President of Paramount Classics and as President of Fine Line Features. During her tenure at these companies, she launched the careers of many successful filmmakers such as Paul Greengrass, Sofia Coppola, Scott Hicks, John Hillcoat, and Craig Brewer. She has also worked with established talent such as Sam Raimi, Roger Michell, Jonathan Demme, Paul W.S. Anderson, Patrice Leconte, and Barbet Schroeder. Her films have won three Oscars® and received 16 nominations as well as 18 Golden Globe® nominations and two wins. At Paramount Classics, she released such award-winning films as The Virgin Suicides, Sunshine, You Can Count on Me, Sidewalks of New York, Bloody Sunday, Mostly Martha, The Singing Detective, Enduring Love, The Machinist, Mad Hot Ballroom, and Hustle & Flow. Fine Line produced and distributed such highlights of independent film as the Academy Award®-winning Shine; The Sweet Hereafter; Love! Valour! Compassion!; Twelfth Night; Gummo; and The Winter Guest. Ruth also served as President of UBU Productions’ feature film division from 1988 to 1991. Among other positions, she was Senior Vice President of Production for United Artists, where she oversaw production on Child’s Play, I’m Gonna Git You Sucka, and Roadhouse. As President of Production for Vestron Pictures, she broke ground with the highest-grossing independent film of the time, Dirty Dancing. She was also Director of Acquisitions for The Movie Channel. Most recently, Ruth was President of First Look Pictures and the owner of The Film Collective, a consultancy business that helps financiers and companies with the strategic planning for their films in the worldwide marketplace from development and production through distribution. She is a member of the Academy of Motion Picture Arts & Sciences and Special Projects Mentor for The Peter Stark Producing Program, USC School of Cinematic Arts, University of Southern California. 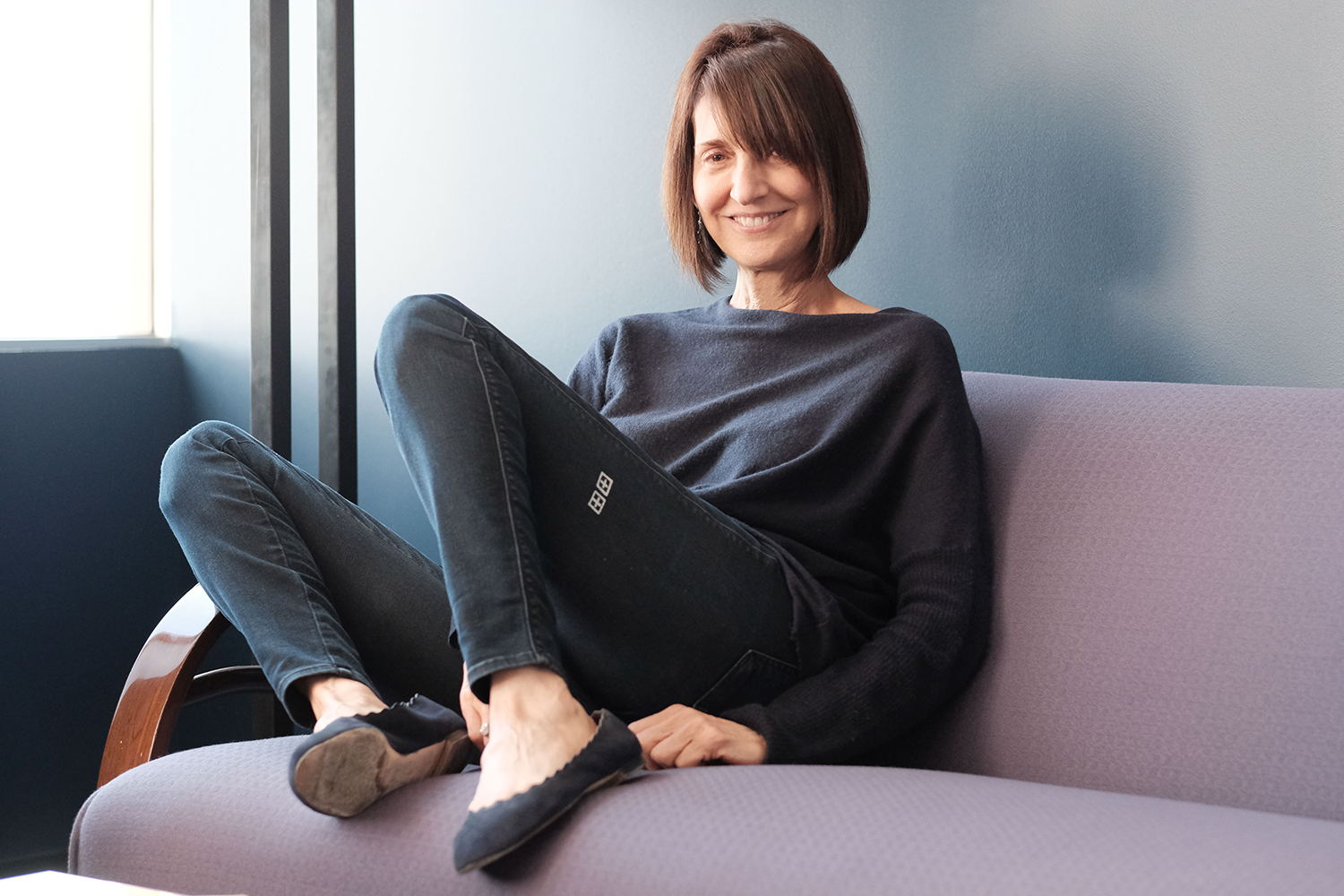 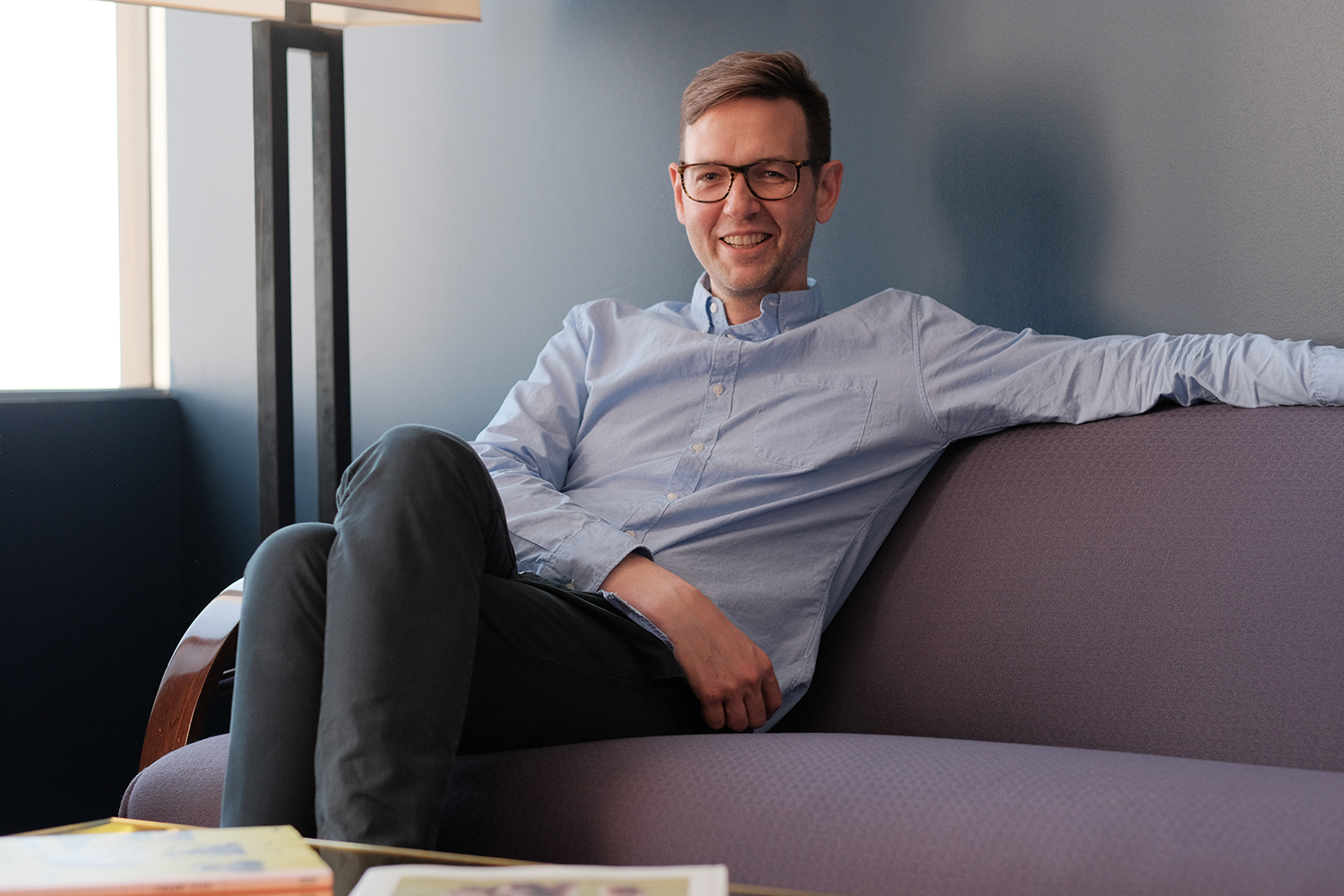 Brett Williams brings strong roots in the independent film community, a love for creators and their work, and a background in issue advocacy and coalition-building to CreativeFuture. Brett began his entertainment career in New York as an associate producer with celebrated documentary filmmakers Rory Kennedy and Liz Garbus. He later served as Vice President of Production at the independent film and video distribution company Hart Sharp Entertainment, where he oversaw numerous films from greenlight to release, including Golden Globe® and Academy Award®-nominated titles such as Nicholas Nickleby, A Home at the End of the World, Proof, P.S., The Night Listener, and Evening. More recently, Brett co-founded Edible Schoolyard NYC, the New York City affiliate of Alice Waters’ groundbreaking educational program that partners with public schools to educate underserved children through an experiential, integrated, and interconnected seed-to-table program – and currently serves as Vice Chair of the Board. He grew up in Texas and Singapore and graduated from Georgetown University.

JC Taylor is a writer and filmmaker from Champaign, Illinois. While studying Digital Cinema at DePaul University, JC worked on film sets and live television shows in Chicago, Atlanta, Lanzhou, and Beijing. From constructing practical effects for a tentpole Marvel film to producing and hosting his own food and culture show for Gansu TV, JC has worked in nearly every facet of the film and television industries. He was the Director of Marketing for Chicago Male Salon before moving to Los Angeles and joining the CreativeFuture team. 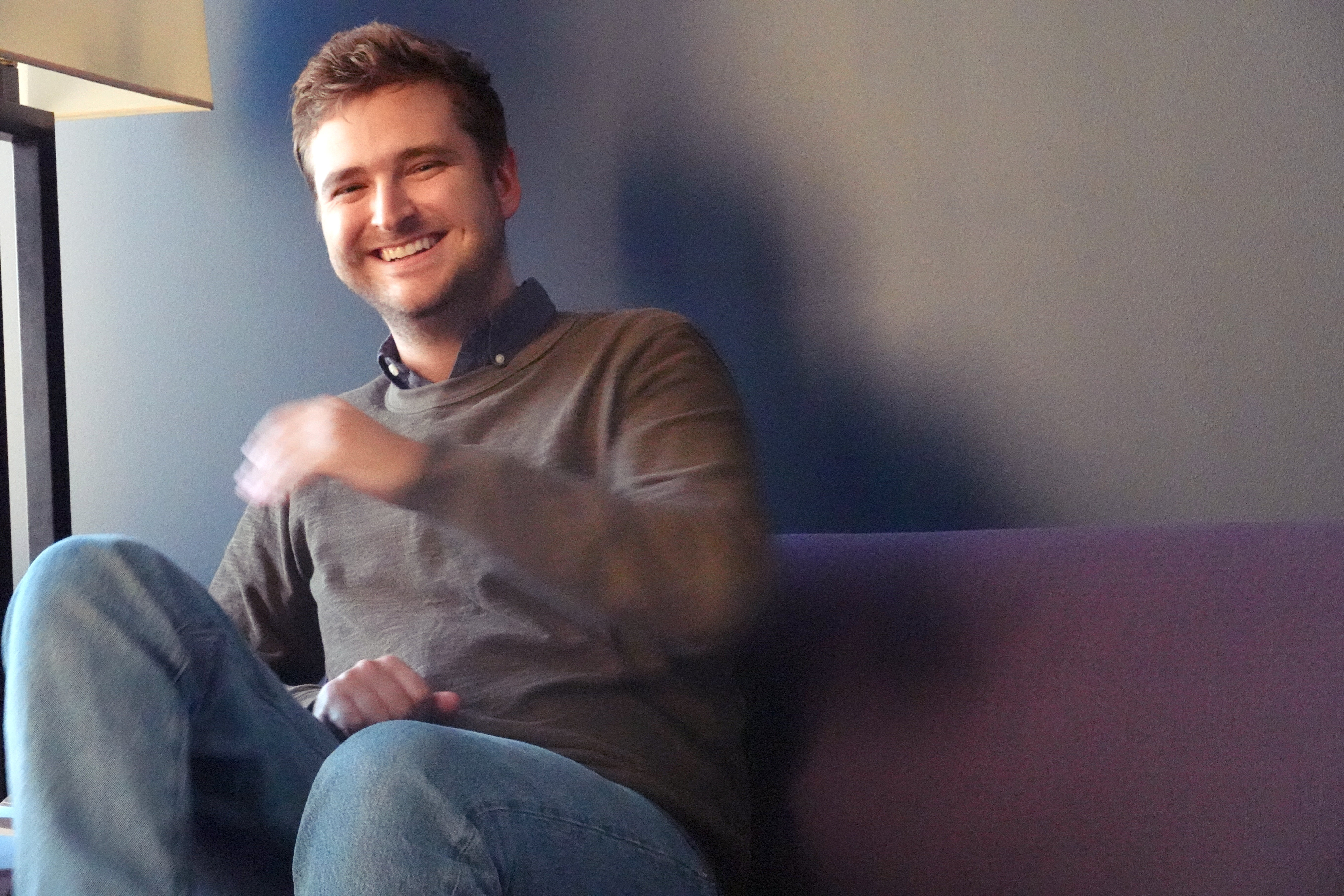 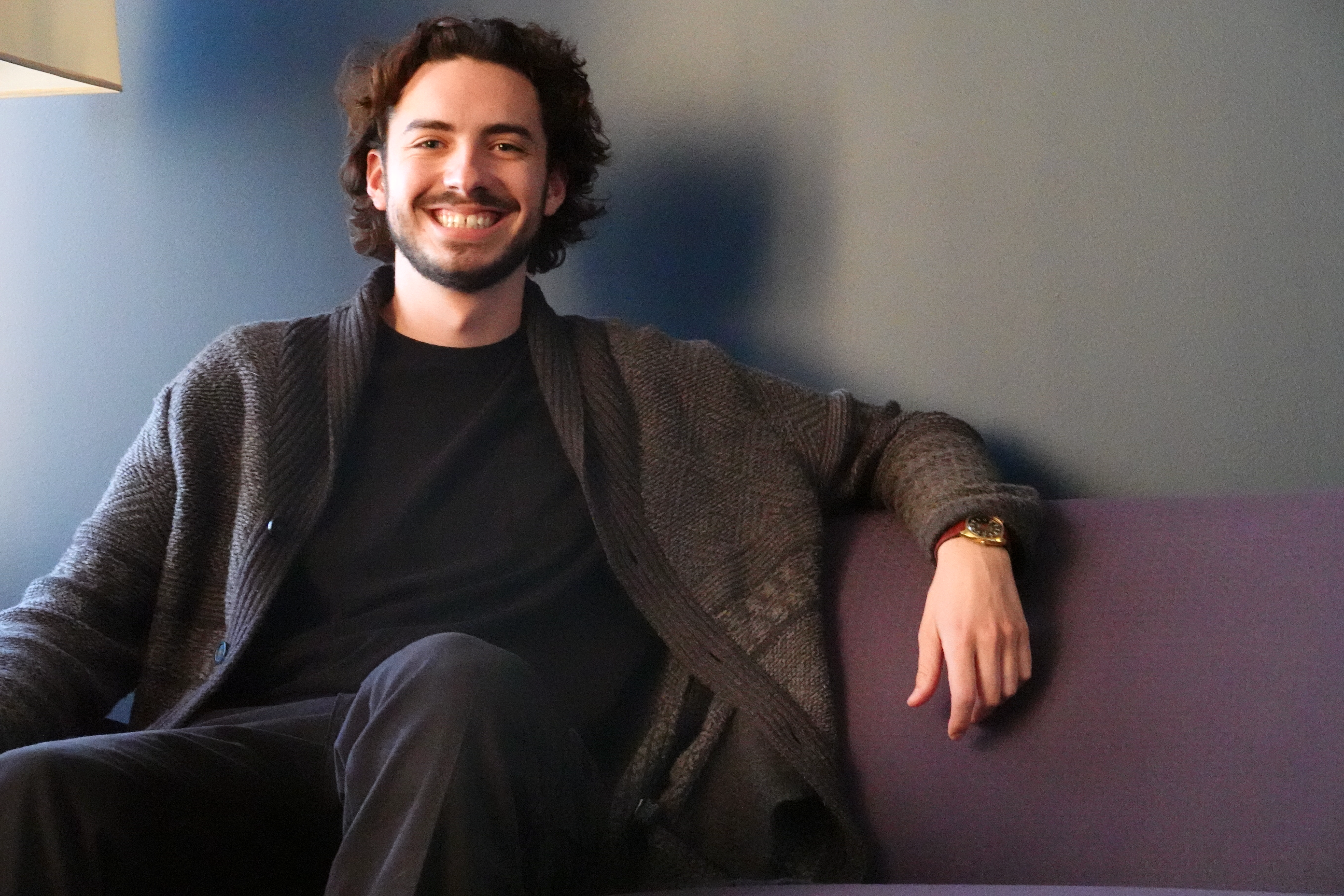 Davis Read is a writer and filmmaker from Indianapolis, Indiana. While attending DePaul University, Davis was a part of Chicago’s vibrant independent film community and held multiple internships in the news media and entertainment industries, including a summer development internship in Los Angeles with STARZ. Prior to joining the CreativeFuture team, he worked as a freelance journalist covering entertainment industry news for CBR and as a script reader for Coverfly.

Connor Leak is a filmmaker from Los Altos, California. Coming from a background in media and design, he studied Screenwriting and Television Production at Chapman University in Orange County. While at Chapman, Connor worked on more than 50 student and professional productions in a variety of roles including directing, producing, acting, and writing. During that time, he also worked internships at several production companies in Los Angeles, such as one for DiBonaventura Pictures on the Paramount lot. Before coming to CreativeFuture, Connor worked as a Production Assistant for UrbanSamuraiCreative, a video production company based in San Francisco. He helped organize and produce a range of PSAs, commercials, and promotional material for some of the larger companies and political campaigns in the Bay Area such as Johnson & Johnson, Merrill Lynch, and Oracle. 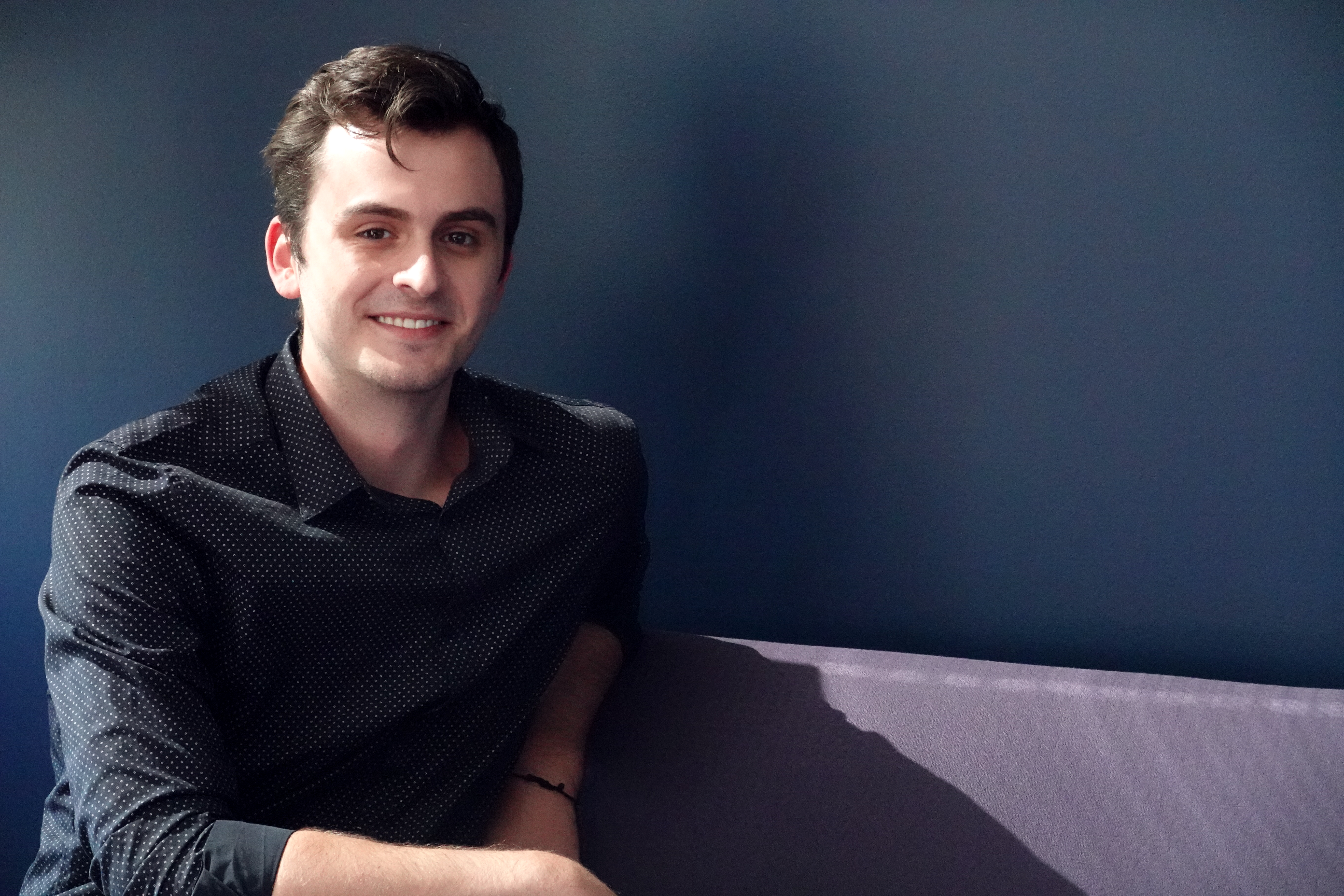 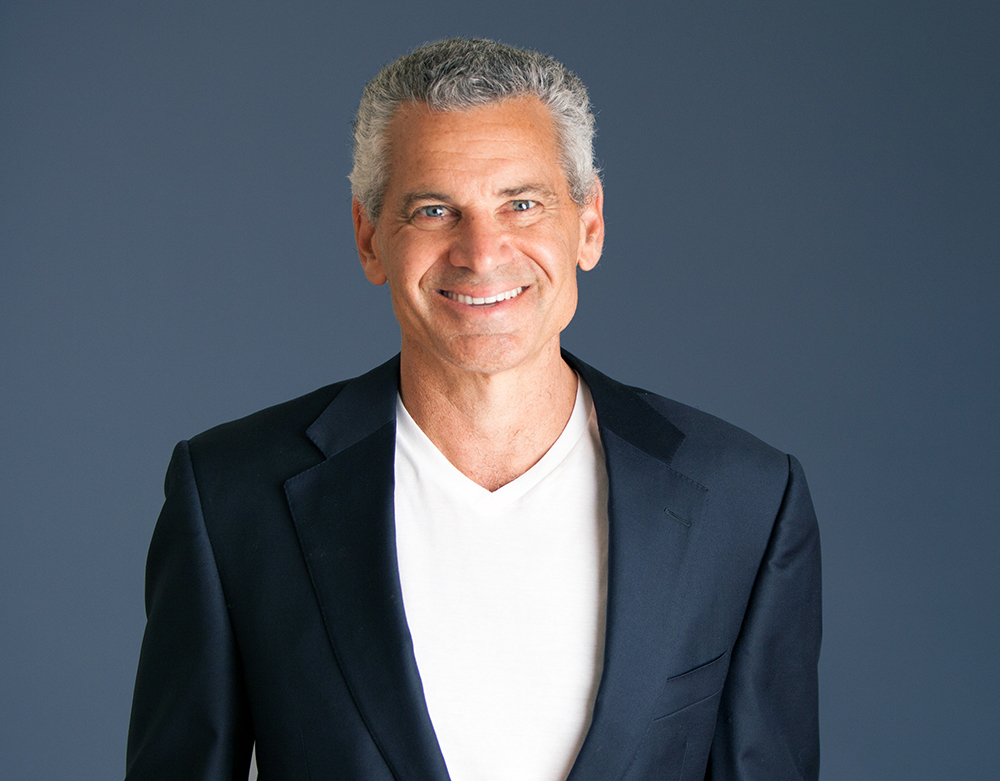 Adam Krentzman is a well-respected executive in the motion picture business. For twenty-five years, he has been involved with packaging, producing, and arranging the financing on over fifty feature films. For over twenty years at Creative Artists Agency (CAA) Mr. Krentzman served as a motion picture agent representing Hollywood’s top directors, producers and writers. His clients included: Michael Bay, Francis Ford Coppola, Jerry Bruckheimer, Sundance Films, and National Geographic. Mr. Krentzman was also part of a three-member team involved in international financing and packaging for CAA clients. He has participated in transactions ranging from traditional talent employment and production arrangements to the worldwide distribution sales, as well as the structuring of international co-productions. Mr. Krentzman has lectured at numerous universities including: USC, UCLA, Loyola Marymount, University of Hawaii, University of Arizona, American Film Institute, Academy of Art University, National Film School of Florence, Italy, Beijing Film Academy, Boston University, and Columbia College Hollywood. He is on the board of Mavrick Artists Agency, is a past member of the Board of Advisors of the Telluride Film Festival, and is an active member of the Academy of Motion Pictures Arts and Sciences.