Another Slamdance Film Festival has come and gone, and with it, another winner of the CreativeFuture Innovation Award. This year’s winner, Polish filmmaker Barbara Rupik, has a primordial, ancient quality in her approach to visuals and narrative, despite still being a student at the National Film School in Lodz. Her winning film, The Little Soul, is a primordial stew of heaving, wheezing, rotting imagery that is somehow both repellent and beautiful, as though dredged from the mucky grave of a bygone era.

Pulling together a mishmash of traditional techniques from claymation to oil-painted backgrounds, Rupik’s short portrays a vision of death that feels startlingly alive, as though it could pulsate right off the screen.

As the title suggests, the film follows a “lost and lonesome soul,” Rupik told CreativeFuture, “and its longing for a physical body in a rotten, mystic world.” The soul’s journey follows a chugging river that flows past an array of oozing, shambling horrors few viewers will soon forget, including a tour de force sequence in which a huge number of different figures interact simultaneously in various states of decomposition. It is not for the faint of heart, but not all great art is easy to stomach.

“I like to explore decay as an aesthetic phenomenon,” Rupik said. “I am moved [by the film’s reception at Slamdance] because one of my major goals was to show repulsive matter in an attractive, mesmerizing way.”

Rupik succeeded in this goal and then some – and we took this StandCreative interview with her as an opportunity to find out how she did it.

JUSTIN SANDERS: One of the most fascinating elements of The Little Soul is how raw it feels on the screen – it feels as though you could reach out and touch the materials. How do you achieve this effect?

BARBARA RUPIK: The effect is made by animating against a painted relief surface. The backgrounds are oil paintings but a lot of elements in the foreground are real objects, and the characters are spatial, made from plasticine. I was mixing various materials and textures to create a biomorphic and physiological world.

JS: Why did you want to do it this way?

BR: I like to explore decay as an aesthetic phenomenon. In The Little Soul, I wanted to combine the subject matters of decomposition and spirituality. The story is about a lost and lonesome soul and its longing for a physical body in a rotten, mystic world.

JS: How did the idea for The Little Soul come about? What was the film’s inspiration?

BR: The main inspiration for the plot came from a medieval painting by Giovanni Canavasio, which presents the suicide of Judas. In it, we can see a little, human-like creature getting extracted by a demon through a huge wound on a hanging body.

Medieval religious art often depicts the soul in this way, as a miniature, bodily image of the person it inhabits. I found it very fascinating and started to create a story around this tiny lost soul creature, which appears frequently in paintings from the Middle Ages.

JS: Once you had the idea, how did you go about developing it? Did you write a script?

BR: The beginning of my development process can be compared to the way I usually start painting. I think about some circumstance and mood I want to convey. I see it as an almost static image or a single scene – and then I start to set it in motion.

Everything comes from that first, imagined picture or scene. I write down the story almost casually, just jotting down everything I see in my head. I mostly work on my own, so I don’t need a very detailed script. Sometimes I even create elements of the narration while I’m animating – it often happens that I will spontaneously use additional materials and methods that I hadn’t thought of originally.

JS: What was the most challenging part of making The Little Soul?

BR: All the scenes with walk and run cycles. A sequence in which a horse runs was an apogee of monotony, and the scenes with the crowd of simultaneously walking souls was the hardest. I counted 49 souls animated at the same time. While I was animating them, which took about 15 hours without stopping, I was close to the edge.

My process made it so that it was very hard to take a break while animating a shot because the painted backgrounds were living their own lives. I tried to have control of it but the way the paint was behaving kept giving me new ideas I had to try in the moment. There were some nice accidents I used that took me in very fruitful directions.

JS: Tell us about yourself. Where did you grow up in Poland and how did you get into filmmaking?

BR: I was born in Pyskowice in 1992 and grew up in Zabrze, a city in the Upper Silesia region. In 2011, I started studying at the Academy of Fine Arts in Katowice. I was a graphic design student, mostly interested in illustration and animation.

While working with these static art forms, like drawing and painting, I had a feeling that these motionless characters and worlds I was creating had hidden stories inside with strong emotions and atmosphere. The pictures were just frames from whole scenes that were coming to life in my imagination. The static version of these images just wasn’t enough for me and I realized that animation is the best way to express myself.

I graduated in 2014 with my first stop-motion film, a puppet animation called The Fifth Horseman, as my diploma project, but I wasn’t satisfied by the final product. I thought that the design of the scenery and puppets were the only strong part of this project. I had this big dream of exploring animation further, so I made a decision to complete the entrance exam at the Polish National Film School in Lodz. And I passed it.

JS: You are still in film school, but does the business angle play into your filmmaking yet? Did you need to raise money to make The Little Soul and will it make money through distribution, etc?

BR: To make The Little Soul, I used about seven pounds of plasticine, a few liters of oil, a few canvases and tubes of oil paint, some trash, rocks, and sticks I found while walking my dog, Runo, and four simple desk lamps. I made it at home with my private camera because I feel more comfortable in my own studio, in the vicinity of nature, than in the school’s studio.

I did almost everything on my own, so money was needed only, really, for the music and art supplies. The Lodz Film School student films are co-financed by the Polish Film Institute, so we are given a small budget, which was enough for me. I wasn’t trying to receive any additional funding because, with this technique, I can make a film from things I simply find in the world, and the oil paint is very efficient.

At the moment, the film is only being shown at festivals. We will see what happens next in terms of distribution and additional revenue streams.

JS: The Little Soul has done well in several festivals, including at Slamdance, where it won the Jury Prize in addition to the CreativeFuture Innovation Award. Has having success with the film on the festival circuit changed your life at all? Do you have more people interested in your work?

BR: A lot of viewers at the festivals have found beauty in The Little Soul. I am moved because one of my major goals was to show repulsive matter in an attractive, mesmerizing way. My recognition at festivals has proven that my choice to go as a filmmaker was a good one. People are interested in my future films and I now have a better chance to make films after graduation.

JS: How do you feel about being an independent filmmaker in today’s digital climate?

BR: I prefer traditional filmmaking techniques but appreciate the advantages of new technologies. They are often an invaluable aid, but the analog character of my projects is a priority. The tactile nature of my work is a better fit with my instincts, intuition, and desires.

JS: Do you plan to make more films using this technique you’ve developed, or will you try a new approach for your next project?

BR: I love to mix textures, and when I use this method of animation, I can combine virtually anything I want. There is no limit on mixed materials and textures with this technique, and it also has the possibility for interesting experiments with form. In September, I finished my second film using this technique, titled Obverse and Reverse, and I think there is still much to explore with it in terms of visual potential.

JS: Your career is only just beginning, but what have you learned so far that you could impart to other readers who have an interest in filmmaking? Any advice for someone just starting out?

BR: Be true with yourself while filmmaking, in the most expressive and bold way that you can. And don’t ever be afraid to take a risk. 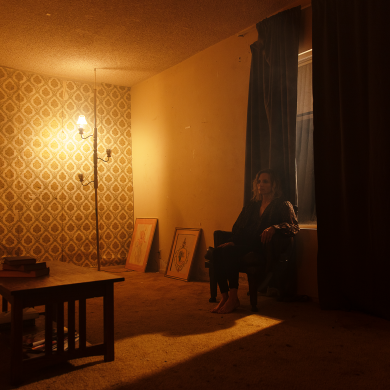 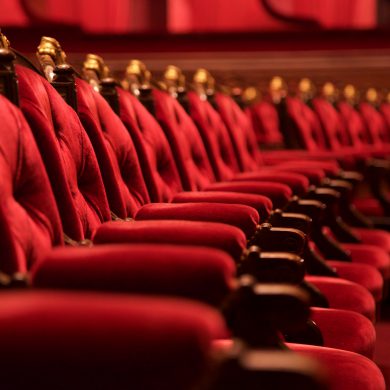