Here at CreativeFuture, we often write about the widespread theft of film and television shows. Since they are such vital cultural and economic exports for the United States, we are in a constant state of shock at how our film and television industry is undercut by global piracy.

But there is another creative medium that is being harmed by piracy – one that is as beloved by audiences around the world as any blockbuster film or television show.

We’re talking about the incredibly vibrant and rapidly growing world of video games.

Yet, the Entertainment Software Association (ESA) – which represents video game developers such as Nintendo, Activision, and Ubisoft – continues to report thousands upon thousands of websites providing download links for pirated video games.

Since the traditional anti-piracy tactic of sending takedown notices has proven to be as futile for video game designers as it is for other rights holders, designers are forced to turn to more creative solutions. We thought we’d use this blog to celebrate the ingenuity developers have displayed through in-game tactics to counter piracy.

Here’s an account of our favorite booby traps for pirates. They’re classified broadly into categories, but some of them overlap, as several of the following examples demonstrate.

By the way, we’re relying on published reports. We haven’t verified them by pirating any games – and neither should you!

If you are a member of the merry band of asshats who like to steal from hard-working creatives via piracy, you may find yourself unable to interact with stolen games the way you’d like to.

Sometimes, playable or nonplayable characters refuse to cooperate. In one installment from the God of War franchise, the musclebound yet shrewd hero refuses to obey players of stolen copies. Instead, Kratos declares, “I will not move for a pirate, let alone a thief!” Whether his contempt stings or not, pirates simply cannot play the game.

In other cases, unsavory types show too much affection. On pirated copies of The Witcher 2, Geralt’s numerous and variously enticing love prospects transform into the same loathsome hag. It’s doubtful that many pirates will still enjoy the cut scenes after all the lovely maidens are replaced by the unfortunate-looking “Marietta Loredo.”

Also in this category are games that make cosmetic but pointed alterations, giving rippers a Scarlet Letter. Pirates of Alan Wake ought to think twice about sharing any screenshots, considering the protagonist’s badge of shame. Meanwhile, pirates of Crysis: Warhead find that their guns shoot chickens instead of bullets. Hey, who’s to say they’re not equally effective?

Some hacked games show reduced functionality, debilitating the main character. Pirates of Mirror’s Edge prove incapable of completing jumps across dangerous gaps. Similarly, pirates of Batman: Arkham Asylum discover that they cannot perform essential gliding maneuvers. Such malfunctions occur without overt shame – but also without warning. They are appropriately nasty surprises for anyone who would exploit creatives.

Other games have deployed wonderfully devious strategies to expose pirates to public ridicule. Generating cryptic messages, these games drive pirates to online forums. As they ask for troubleshooting advice or answers to riddles, their questions end up revealing their crimes to the world.

When pirates of Garry’s Mod find that their copies are “[u]nable to shade polygon normals,” some naturally post screenshots of the error message. Unbeknownst to them, the error message also includes their IDs on Steam, a popular gaming community.

Taking a different approach, Skullgirls gives pirates a riddle: “What is the square root of a fish? Now I’m sad.” When asked for help online, the developers themselves have been known to explain – quite politely – that the riddle only appears on stolen copies. Now who’s sad?

Instead of winning their games, these self-incriminating pirates are outing themselves as thieves. How embarrassing!

Play proceeds normally at first, but then, an in-game Sales Report warns that many people are pirating the fictional company’s games, threatening it with bankruptcy. Inevitably, the dire prediction comes to pass, ending the game.

Although the developers enjoyed turning the tables on pirates, they also had a serious message: “Stop pretending like we don’t need your 8 dollars [the game’s price]! We are just two guys working our butts off, trying to start our own game studio to create games which are fun to play.”

These anti-piracy tactics exemplify the kind of creativity we like to encourage. When messing with the creatives behind these games, pirates get what they richly deserve. We just wish that shaming pirates – or even giving them a taste of their own medicine – was enough to turn things around.

Clearly, the notice-and-takedown system, which was established by the Digital Millennium Copyright Act (DMCA) in 1998, is no longer working – if it ever did. Game developers wouldn’t need to take matters into their own hands if internet companies were held accountable for rampant piracy on their products and platforms.

Let’s get better laws in place, shall we? For instance, a notice-and-staydown requirement would give Big Tech a real incentive to fight online crime.

Then, developers might finally be able to turn the full force of their talents to creating new and awesome experiences, without worrying about bad actors undermining their ability to make a living. 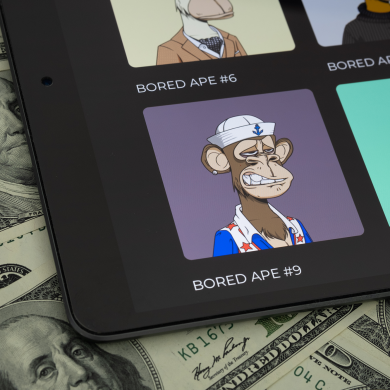 The Pirate Code of NFTs