Consider the word “use.”

It can mean both to “take, hold, or deploy (something) as a means of accomplishing a purpose” or to “exploit (a person or situation) for one’s own advantage.”

There’s a latent hostility to the word “use” (use drugs, use other people, use up your remaining karma), and so it’s curious that it’s the universal identifier in the online realm. On the internet, each and every one of us is deemed a “user,” whether we want to be or not.

We’re likely far from the first to make such an observation, but it’s worth revisiting in the wake of the first of what will be a year-long series of hearings reassessing the Digital Millennium Copyright Act (DMCA), and how the law’s “safe harbor” provisions have enabled the “using” of other people’s creative works on a grand scale.

And, it’s particularly worth revisiting in the wake of the Electronic Frontier Foundation’s (EFF) opening salvo on the hearings, in which this group that gets substantial support from Google, pleads with us to “Think of the Users”.

“…the safe harbors of Section 512 of the DMCA have allowed the Internet to be an open and free platform for lawful speech,” writes EFF’s Lead Policy Analyst, Katharine Trendacosta, in a post headlined, “Reevaluating the DMCA 22 Years Later: Let’s Think of the Users”. But, what Trendacosta fails to mention is that those very same safe harbors have allowed the internet to become a cesspool of unlawful piracy (among many other illegal activities) that, according to a recent U.S. Chamber of Commerce study, costs the U.S. film and television industry at least $29.2 billion and as much as $71.0 billion in domestic revenues annually.

That level of theft is not only unacceptable, it’s virtually inconceivable that this much can be stolen from anyone. And the beneficiaries of this theft include those platforms owned and operated by internet companies, who can legally turn a blind eye to the lion’s share of it so long as they meet the criteria outlined in the DMCA. Namely, they are required by law to remove, on a case-by-case basis, infringing content upon receiving a takedown notice from the copyright owner. As long as they do this for each and every verifiable takedown notice that they receive, they cannot be held responsible for all the other infringement occurring on their platforms that they allegedly don’t see.

The platforms are under no legal obligation to proactively seek out infringement and remove it, nor – most annoyingly of all – do they ever have to permanently remove an infringing work. “Notice and takedown” does not mean “notice and stay-down,” which results in an ongoing game of Whack-A-Mole for copyright owners who get a work removed, only to see it pop up again somewhere else on the internet… again, and again, and again…

If to be “free” means one has freedom of choice, the DMCA’s safe harbors have, contrary to Trendacosta’s claim, made creatives less free on the internet. The notice-and-takedown system mandated by Section 512 of the DMCA requires many creatives to choose: either they give up and allow the piracy of their works to continue unchecked, or they invest massive amounts of their time and resources trying to find and remove their works online, rather than putting that effort into new works that would enrich our culture and contribute to the U.S. economy.

When the DMCA was enacted, in 1998, Facebook wasn’t even a glint in Mark Zuckerberg’s eye, and Google was still based in Susan Wojcicki’s garage. The consumer internet, as we know it, was years away, and lawmakers wanted to protect the fledgling industry’s fragile startups. The DMCA was one way – along with another safe harbor law, the Communications Decency Act through Section 230 – to remove their liability for other people’s bad behavior so that they could grow unfettered. And they most certainly did!

Freed of many of the regulations that govern other American industries, Google and Facebook grew into two of the most valuable companies in the world, earning billions of dollars in ad revenue from creative content they did not own, and had no reason to take down, unless they were explicitly told to.

Those who drafted the DMCA never imagined that Google might one day scale to the point of receiving hundreds of millions of takedown notices every year. That’s the point we find ourselves at today – which is why it’s time for a fresh analysis of whether the DMCA is still fit for purpose. It’s a chance for lawmakers to amend the DMCA’s Section 512 so that the onus of policing content moves from the owners to the platforms, where it rightly belongs (and who, incidentally, are the only ones best positioned to attack the problem at the level it requires).

The EFF, not surprisingly, thinks Section 512 is just fine as it is.

“Without the safe harbor, the risk of potential copyright liability would prevent many services from doing things like hosting and transmitting user-generated content,” Trendacosta writes. “Almost everything you use online relies in some way on the safe harbor provided by section 512 of the DMCA.”

If she means “use” in the exploitative sense then yes, she’s absolutely right. Access to “usage” of pirated works online relies on Section 512 – because without it, companies like Google would actually be accountable for the piracy and have to make structural changes to fix it permanently. Instead, they are allowed to look the other way, accepting those hundreds of millions of individual takedown notices as the cost of doing business (and making millions) with content they do not own nor have to make.

Trendacosta excuses the absurd number of takedown notices by citing anti-copyright scholar Rebecca Tushnet’s testimony from the first DMCA hearing. Tushnet, a former board member of the Organization for Transformative Works (OTW), pointed out that OTW runs the Archive of Our Own, a fan fiction platform “home to over four million works from over one million users,” Trendacosta writes, “and which receives over one billion page views a month. And yet, the number of DMCA notices averages to less than one per month… This process – small numbers of notices and individual responses – is how most services experience the DMCA.”

To which the copyright blogger David Newhoff responds: “…if twenty-million sites [like Archive of Our Own] operate without harm while one site [YouTube] does harm to twenty-million creators, we still have a problem if the law shields that one site from liability. So, the status quo cannot be the final answer.”

And yet, the status quo is exactly what powerful internet industry interest groups like EFF and their anti-copyright patrons are fighting tooth and claw to preserve. “The DMCA should not focus on whether it is and is not working for companies, be they Internet platforms, major labels and studios, or even, say, car manufacturers,” writes Trendacosta. “Users—be they artists, musicians, satirists, parents who want to share videos of their kids, nonprofits trying to make change, repair shops or researchers—need a place and a voice.”

The truth is that internet users have their place and voice with or without the DMCA – and indeed do just fine in other countries where no such law exists. The only kind of “users” who would be denied a “place” and a “voice” if the 512 safe harbors were amended to fight piracy are the ones who purposefully exploit other people’s work without permission. Why would we want to protect thieves as opposed to artists?!

As the DMCA hearings move forward, let’s not “Think of the User,” let’s “Think of the Used” – the millions of creatives whose works have been stolen and repurposed for the past two decades, all the while lining the pockets of our country’s largest corporations.

EFF wants to protect those monopoly platforms and their business model: monetizing other people’s content. We want to protect the rights of creative people to make a living, online and off. And, that starts with being able to control whether or not their works are available online illegally without sending a takedown notice every five minutes.

The second DMCA hearing was held on March 10. To read CreativeFuture’s letter addressed to Senators Tillis and Coons, who are the Chair and Ranking Members of the Senate Judiciary Subcommittee on Intellectual Property, click here. This letter also responds to recent misleading comments about creativity and copyright law submitted to the Committee by the EFF. 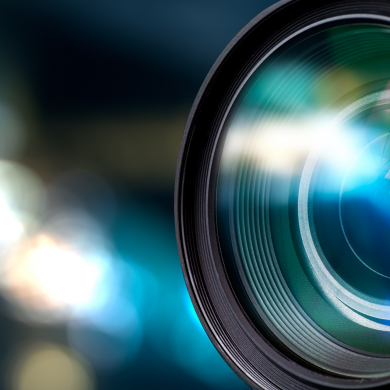