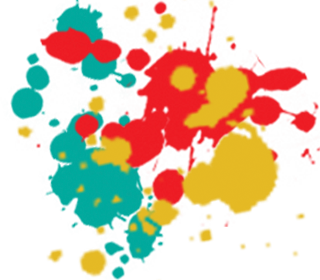 CreativeFuture focuses on combating for-profit digital theft (a.k.a. piracy). We understand that not every creative professional believes he or she has a stake in this issue. But piracy unquestionably poses a direct threat to revenues and jobs in our industries.

Piracy is not about promoting free speech or a natural reaction to not being able to find the content you want, when you want it (like when you still have to go to a movie theater to see a film, or when a hit TV show hasn’t made its way to Netflix yet). Digital theft occurs instantly – sometimes even before the release of a new work – and it diverts revenues from creatives and investors into the pockets of criminal enterprises.

Some will argue that piracy has become fundamentally harmless because costs have declined as a result of digital distribution. No one can deny that the market is changing rapidly. Creatives around the world continue to discover new ways to engage audiences with digital tools and online platforms. Yet no matter how our industries and practices evolve in the coming years, piracy will continue to hurt creatives because there is still a cost to creating. And copyright is the only thing that stands between the creative communities and the breadline. If copyright is weakened, you lose your ability to determine how your work is used and whether or not you get paid for it.

Common Piracy Myths by Powerful Internet Platforms and Their Allies.

Those who want you to believe piracy is harmless in the digital economy often promote various myths in the form of bite-size talking points. These are designed to minimize the hazards of piracy and distract attention from the real issues.

Ha! Piracy is one of the reasons we have seen decreased investment in middle-market books, music, motion pictures, and other forms of creative expression. And piracy is not just teens swapping files – for some, it has become a full-scale, for-profit, criminal enterprise. According to a recent study from the California attorney general, some pirate activities have been linked to organized crime.

And pirated content has also become a way to lure internet users into downloading malware, which criminals used for identity theft and other attacks on consumers. According to one study, an estimated one-third of pirate sites contain malware.

Yeah. No. A recent study by researchers at Carnegie Mellon University demonstrates that piracy of major motion pictures takes away much more value from the box office than it could ever contribute by way of “promotion.” Plus, there is the issue of choice. It’s not up to the criminals – or anyone else – to decide whether, when, and how the work we produce should be distributed. We make choices based on our creative vision and professional experience, and then it’s up to the market to decide what to buy or not.

Piracy sticks it to The Man – it only hurts a bunch of business fat cats.

Riiight. Creative works are produced by a variety of investment models – some complicated, involving big numbers and big corporations; others relatively simple, with smaller budgets and independent companies. Regardless of scale, the various studios, production companies, labels, publishers, etc. are all investors; and today, many creatives themselves are the only investors in their work. Piracy is a black market criminal enterprise that hurts people from the bottom up. The small-margin, independent creatives are the first to feel the pain of digital theft, along with the freelance, union, and contract suppliers who work on various projects. And when the big content companies lose revenues to piracy, the losses trickle all the way down to the hundreds or thousands of people who worked to create the content.

Piracy is a reaction to not being able to get what you want exactly when you want it.

Would you go into a store and take whatever you want whenever you wanted it? I didn’t think so. The content industries’ business models are built, in part, on making content available at certain times in different formats over time, called “windows.” Movies, for example, often start out in theaters, move to various home entertainment platforms (i.e., digital downloads), and then on to television. Television shows are not always available all around the world at the same time. Availabilities are based on various business and cultural considerations.

Some have asserted that piracy could easily be eliminated by simply eliminating windows. The business is slowly getting there – reducing time between windows – but the complexity of the motion picture and television industries and existing long-established business arrangements means that the wheels of change often turn more slowly than technological innovation. It’s true that making works legally available by honoring the contracts of contributing creative teams is never going to be as quick as stealing films and TV shows, but undermining these legal frameworks will eventually lead to even less entertainment being produced.

Um, no. The most popular works on pirate platforms are generally new works that are pirated within hours or days of appearing in a movie theater or on television – and some even before they’re released. For many people, piracy is simply a longstanding habit. It doesn’t matter if a work is under copyright protection for 17 years or 70 years – it’s the work you create today or tomorrow that is most at risk.