The Hidden Cost of Free 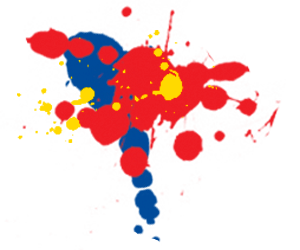 This strategy is, in part, how a site like YouTube became so dominant that it can now dictate terms to both established and new creatives. As a creative, you never want to find yourself “negotiating” with the only distributor in the business. This trend toward consolidation is one of the hidden costs of “free.”

Creatives continue to encounter a general devaluation of their skills and labor every day. Photographers, designers, illustrators, bands, and the like are frequently asked to work without compensation. Despite the many conversations and debates about new, entrepreneurial opportunities created by the digital market, the reality is that the digital marketplace – which is characterized by lower distribution costs and faster turnaround times – has led to an expectation that “content” should be available instantaneously, and for free. This is part of the reason it’s become so common for creative professionals to be asked to work for “exposure” or other forms of non-monetary compensation that they can’t use to pay the bills.

As the YouTube platform migrated toward a subscription service, independent musicians who did not want to sign the new MusicKey contract were told they would have their Content ID accounts cancelled. Content ID is how some rights holders have been able to control or monetize uses of their work on the platform. Revoking access to Content ID makes it more difficult for a rights holder to effectively control uses of their works. This puts YouTube in the position of leveraging unchecked infringement as a bargaining tool with rights holders, essentially saying “take the deal we offer or our users will just steal from you anyway.”

What Should I Do About YouTube?  by Zoë Keating

How YouTube is Fixing its Most Controversial Feature by John Paul Titlow, Fast Company 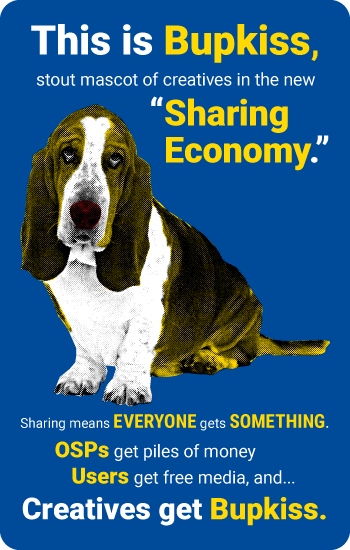 Discovery to what end?

Creative people are naturally drawn to the opportunity to be discovered through new and free platforms. And it does happen. Many talented individuals and many great project ideas have been able to use online services for “proof-of-concept” or even as revenue-generating distribution channels – but it doesn’t work for everyone.

Once your work gets discovered and proves it can attract an audience, then what? For many projects, artists and producers still need traditional players, such as networks, publishers, studios, or clients to invest in their vision. If the same platforms used for discovery of your work also promote – or profit from – online infringement of your work, the opportunities for traditional investment shrink. When that happens, what was the value of discovery in the first place?

It’s not about the technology. It’s about choices made by people.

Our concerns are often framed as “anti-technology.” But that’s ridiculous. We love technology.

Everyone likes music streaming, including musicians and songwriters. But you’ve probably heard at least some accounts of songwriters explaining that a million plays on a streaming service is worth about $30. This is due to outdated laws, regulations, and practices that now act as subsidies to these new businesses. Naturally, the streaming services like it that way.

Many authors like the concept of Google Books, but they don’t like that their works were used to benefit the search giant without any compensation.

To fulfill its purpose, Google image search did not need to be designed in such a way that it diverts traffic away from photographers’ own websites or the companies that license their work, but that’s exactly what it does.

Amazon is convenient and saves money for consumers, but its dominant position enabled the company to exert tremendous pressure on book publishers – even making books disappear from its pages as a bargaining maneuver.

It is natural for digital technology to change the economic structure of the creative industries, and those changes naturally bring a redefinition of the marketplace itself.

However, not all decisions can be attributed to the technology. Many choices are just business decisions made by people. And the people who say that the rights of creatives are “outdated” present a false choice between technological progress and respecting the value of our labor and creative works. We know it’s possible to do both. We’ve been doing it for decades.

Historically, changes in technology have required that we strengthen the rights of working people, not weaken them. That goes for creatives as well. Without fail, leading corporate interests in all sectors have tried to convince us at various times that “progress” is best served by giving up our individual rights. One way they promote this message is to label those who defend their rights as “anti-innovation” or “anti-progress.” That doesn’t describe the creative communities at all.

Many Popular Works Would Simply Be Impossible

If you work in the motion picture and television business, you understand why it costs millions of dollars – and how many skilled professionals it takes – to produce a show like Game of Thrones, which happens to be one of the most pirated series of all time. While it’s true that major hit shows can withstand a measure of piracy, there is always a tipping point. As producer Martha De Laurentiis has observed, piracy may have contributed to the cancellation of her otherwise popular Hannibal series after three seasons.

If the economics of new media dictate that only mega-hits and mega-stars can survive in the market of “free stuff,” we can expect to see much less investment in diverse works. We’ve seen these economic realities play out in the music industry. And in filmed entertainment, the challenges are only amplified by the higher costs associated with making movies and television programs.

These are just the most talked-about examples. Creatives tell us every day that the initial promise of access to free distribution channels came with the hidden cost that their audiences and fans would always expect the work for free.