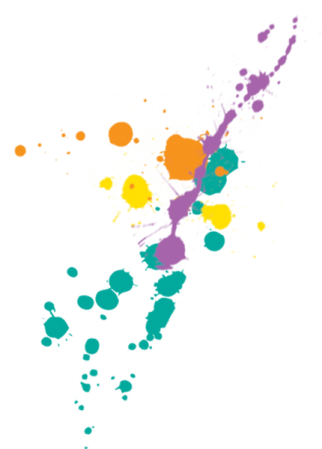 The Fair Use Confusion Game

There is so much rhetoric about fair use in copyright law that it is understandably confusing. The reality is that fair use is a complicated aspect of law that is the source of significant disagreement even among attorneys, judges, and scholars.

Unfortunately, powerful internet platforms exploit this confusion to serve their broader anti-copyright agenda. In the courts and the court of public opinion, if these internet platforms can advance the argument that fair use is more important than copyright as a tool for promoting creativity and free speech – which it is not – they could steadily whittle away at and effectively abolish copyright.  Suggested Reading:  Why We Love Fair Use by Ruth Vitale, CreativeFuture.org.

What Is Fair Use?

The fair use doctrine is an affirmative defense to a charge of copyright infringement that was developed by courts over the course of nearly two hundred years and later codified in U.S. copyright law in the 1976 Copyright Act. It provides a conditional exception to copyright for purposes like education, commentary, parody, news reporting, or certain transformative uses. Coupled with the strong exclusive rights afforded authors by copyright, it is important for creative expression, free speech, and innovation.

While some characterize this ambiguity as a failing – since it can be difficult to determine which uses are fair and which are not – others see it as flexibility, allowing the fair use doctrine to apply to new types of works and new uses of those works over time. As a result, while there are basic guidelines for understanding fair use, outcomes are notoriously difficult to predict.

Some uses of works, such as the use of limited excerpts from a book copied for a classroom use, material captured for a documentary film or news story, or artistic works that are transformed in some way by another artist to comment on the original with new expression or meaning are often considered to be fair uses and do not lead to litigation.

Nevertheless, there are no bright lines defining when a particular use of a copyrighted work would be judged “fair.” When confronted with the question, the law requires courts to weigh four interrelated factors:

As part of the first factor (purpose and character of the use), courts weigh the extent to which the use is transformative – i.e., the extent to which the new use alters the original with new expression, meaning, or message, rather than merely superseding the objects of the original creation. The more transformative the work, the less significance a court will attach to the other factors that may otherwise weigh against fair use, such as commercialism, copying of significant portions of the work, etc.

But courts have been clear that there is no formula to fair use decisions, and the fact that a work is transformative does not decide the question just as the fact that a use is commercial or that an entire work is copied do not always mean a use is not fair. In the end, fair use decisions are difficult to predict – particularly in cases that do wind up in litigation – leading some to characterize fair use as little more than the right to hire a lawyer.

Take a platform like YouTube – one that receives billions of uploads a day. These uploads can be categorized in one of three ways: (1) original (to the uploader) creative expressions; (2) theft of someone else’s creative expression (clear infringements); and (3) new expressions that incorporate parts of previously produced creative works (uses that might or might not be considered fair uses).

The first two cases are easy: the wholly original expressive works are legal to create and to upload, while the infringements are not. The tricky part is the third category, since some of the videos might constitute fair uses, while others may go too far, amounting to infringements.

The problem is that sites like YouTube make money from everything on their sites, whether it’s legal or illegal – either by selling ads in and around the content or by mining valuable data about how visitors use the site.

The broader fair use is, the more difficult it is for copyright owners to establish infringement and the less material that must be removed for infringing the rights of others. As a result, it is in the financial self-interest of these powerful internet platforms to broaden the concept and understanding of fair use until it conceivably covers just about any “use.”

This fair use “mission creep” affects everyone – including creatives who may not own copyrights themselves, but whose pension, welfare, and health plans are paid through residuals from films and television shows and are threatened by unlicensed distribution.

How the Dancing Baby Case Went Crazy by David Newhoff

TVEyes and the Scope of Fair Use by Terry Hart

The Growing Problem of Phony “Fair Use” Claims: From Michelle Shocked to Axanar by Stephen Carlisle

What Would Judge Gorsuch Mean for Fair Use?  by Kevin Madigan

Powerful internet platforms often assert that fair use is somehow under attack, including through “abuse” of the notice-and-takedown procedure established by the Digital Millennium Copyright Act (DMCA). Specifically, some assert that copyright owners ignore fair use principles when deciding whether to send a DMCA notice, unfairly taking down content that makes a fair use of copyrighted music, films, books, photos, and so on.

The DMCA contains a safeguard against bad notices (the counter-notification procedure), but it isn’t used very often, suggesting that abusive notices are issued far less often than the rhetoric suggests.

Why? Because the reality is that responsible content owners do consider fair use principles before issuing takedown notices, and they simply don’t send a large number of improper notices. Even the data presented by powerful internet platform proponents reveals that it’s typically not copyright owners who make inappropriate use of takedown notices.

A few minutes spent on YouTube or any other user-generated content platform will reveal unprecedented volumes of content relying on the creative works of others, showing very little if any negative impact on fair use by the DMCA. If anything, it is copyright – not fair use – that is under attack under the DMCA notice-and-takedown system, with vast amounts of infringing content circulating online with no effective way to remove it. To the extent fair use has been under attack, it has been as the result of twenty-five years of expansive judicial decisions eroding the boundaries and predictive value of fair use.

To learn more about the DMCA, what it is, and how this fight is playing out, click here.

Artists Are Not Lawyers

The powerful internet platforms seem to believe that independent filmmakers, musicians, photographers, and other creatives can become experts in fair use, while those who make use of these works should be protected by their ignorance of the law. As it is a legal doctrine that even seasoned judges sometimes struggle to apply, how are independent artists supposed to meet this standard? Presumably, they’re not – they’re supposed to be intimidated by these internet platforms and forget about enforcing their rights.

Uploading a whole TV episode, feature film, book, or song, without permission from the copyright owner, is neither fair use nor a form of new expression. Tens of millions of these infringements happen daily on otherwise legal platforms, but the site owners duck behind fair use rhetoric in order to continue profiting from the traffic driven by these uses. Meanwhile, independent rights holders, in particular, have almost no remedies available to address this ongoing problem.

Fair Use Is Not Being Attacked

There are literally trillions of new creative expressions made online every day. Out of these, many represent fair uses made without conflict. There are also millions of infringements committed that would never be judged fair in a court of law. Still, the burden of considering copyright implications when using an existing work hasn’t really changed since the days before Web 2.0. We believe that both the rights holder and the user have a shared responsibility to consider fair use in good faith.

USCO General Answers About Use

Ever wonder how there can be millions of very similar works without any one of them infringing the copyrights of the others? It’s because ideas aren’t protected by copyright, only the unique expressions of those ideas are protected – copyright lawyers call it the idea/expression dichotomy.

It’s easy to confuse the idea/expression dichotomy with fair use. Occasionally, those who want to promote fair use confusion will wrongly identify an example of a new work as a fair use, when in fact it’s merely a new expression of an unprotectable idea – a circumstance that would never require the fair use defense.

A relatively recent example of this is 50 Shades of Grey, which many people know began as a work of online fan fiction based on the Twilight saga. Long before E.L. James’s book was published, she revised her derivative Twilight work into her own expression, characters, and plot. When the movie came out, some observers made the mistake of describing 50 Shades as a fair use of the Twilight work. But this wasn’t the case. The ideas represented in 50 Shades, which is essentially a modern-day Beauty and the Beast, are unprotectable. The second work can resemble many qualities of the first, without raising a copyright concern, because of copyright law’s idea/expression dichotomy.

Some Common Misconceptions About Fair Use

You will often hear many of the statements below, but beware, they simply are not true.