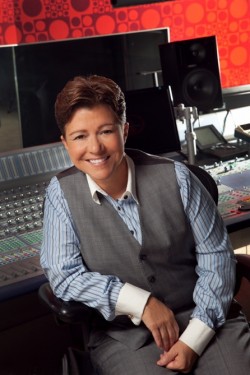 A musical compass has guided Clark from rural Mississippi to Hollywood. Beginning at age five, she would visit New Orleans with her mother, a songwriter from the big band era, where she absorbed the city’s intoxicating rhythms. Her first professional gig at 15 was playing drums at the Crescent City’s famed Roosevelt Hotel. Since then, Clark has excelled in multiple genres across an astonishing breadth of mediums. Highlights include penning award-winning country hits, contributing to multi-platinum movie soundtracks including Hope Floats, The Five Heart Beats, Where the Heart Is, and My Best Friend’s Wedding, writing for television shows like Desperate Housewives, and creating the instantly recognizable national campaign theme, “Have You Had Your Break Today,” for McDonald’s.

In homage to her musical and spiritual roots, Clark produced Church: Songs of Soul and Inspiration that included classic soul artists like Patti LaBelle and Chaka Khan plus contributions from Pulitzer Prize winners Dr. Maya Angelou and Toni Morrison. A stratospheric anthem from this collection, “Way Up There,” written and produced by Clark and performed by Patti LaBelle, was nominated for a GRAMMY® award. “Way Up There” was originally commissioned by NASA as their theme song.

She now adds to her illustrious resume as the composer-lyricist for Twist: An American Musical. Debuting at the prestigious Alliance Theatre in Atlanta, GA, and staged at the famed Pasadena Playhouse in Pasadena, CA (breaking all box office records), the Debbie-Allen directed and choreographed musical transposes the Charles Dickens tale of a street orphan to prohibition-era New Orleans.

Clark was commissioned to create “I Believed,” a commemorative song to honor Secretary-of-State Hillary Rodham Clinton in celebration of the 100th Anniversary of International Women’s Day. The song was performed for an audience that included First Lady Michelle Obama among other eminent guests at the International Women of Courage Awards.   Recent notable awards are C200 Entrepreneurial Champion Award and Mosaic Award at the Diversity Women’s national conference in Washington, D.C.

Eve Ensler, the founder of VDay.org asked Tena to write and produce their theme song for One Billion Rising, called “Break the Chain”.  VDay is the world’s largest global activist movement to end violence against women and girls.

Clark is CEO/Chief Creative Officer for DMI Music & Media Solutions, the company she envisioned 18 years ago. As pioneers, thought-leaders, and innovators, DMI is at the forefront of entertainment and music marketing, crafting strategies and activations for brands that include Build-A-Bear Workshop, Walgreens, AMC/Regal, General Mills, Kohl’s, Fossil, and Lucky Jeans. From creating a brand’s unique sound and driving audio strategy, to developing a brand campaign around a major entertainment property, DMI is a full service entertainment agency.