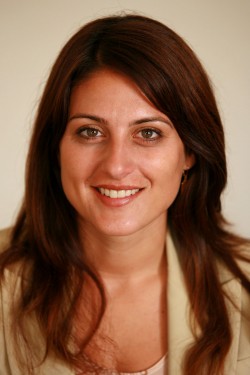 Most recently a Partner and Head of Film at Makeready, Abdy managed the creative team and all feature development, production, and post-production. During her time at Makeready, the company financed and produced Queen & Slim from director Melina Matsoukas and writer Lena Waithe and A Million Little Pieces from director Sam Taylor-Johnson.

Prior to New Regency, Abdy was the President of Scott Stuber’s Bluegrass Films where she procured, developed, and produced features for the company’s diverse slate, including 47 Ronin, Identity Thief, Kill the Messenger, and Endless Love.

Abdy started her career as an intern at Jersey Films while participating in the Emerson College internship program. She was hired as the receptionist and went on to become Danny DeVito’s assistant. From there, she rose through the company and ultimately became president where she associate produced Man on the Moon; co-produced Caveman’s Valentine; executive produced How High; and produced the film Garden State, which won an Independent Spirit Award for Best First Feature Film and a Grammy® award for Best Compilation Soundtrack Album for a Motion Picture, TV, or other media.