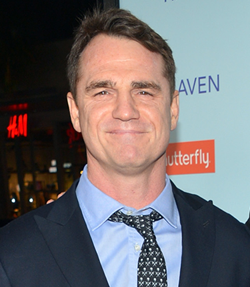 Marty Bowen is a co-founder of the West Hollywood-based film and TV production company, Temple Hill Entertainment. In 2012, Temple Hill began a new overall deal with 20th Century Fox. Their most recent release is the Fox 2000 Film The Longest Ride based on Nicholas Sparks’ bestselling novel of the same name.

Temple Hill’s latest releases include the Fox 2000 Film The Longest Ride based on Nicholas Sparks’ bestselling novel of the same name, The Maze Runner, based on the bestselling YA book series by James Dashner, and The Fault In Our Stars, based on John Green’s bestselling novel. The Fault In Our Stars, starring Ansel Elgort and Shailene Woodley, grossed $50 million domestically in its opening weekend. In TV, the company is currently in production on the Fox show Rosewood created by Todd Harthan and starring Morris Chestnut.

Temple Hill also produced the Catherine Hardwicke-directed fantasy love story, Twilight, based on the series of books by Stephanie Meyer. This film would be the first in a wildly successful franchise that would go on to gross over $3.2 billion worldwide.

In 2011, the company entered into television with their first show, Revenge, created by Mike Kelley and starring Emily Van Camp and Madeleine Stowe.

A Texas native, Marty Bowen began his career in the UTA trainee program and worked his way up to Agent and ultimately Partner. In the spring of 2006, Bowen left his post at UTA and partnered with veteran producer Wyck Godfrey to create the production company Temple Hill Entertainment. They secured a deal with New Line Cinema and immediately entered into production on their first film, The Nativity Story, from director Catherine Hardwicke.

Bowen resides in Los Angeles with his wife and three children.