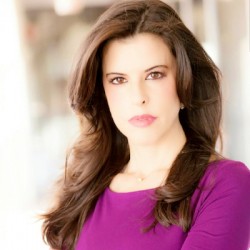 Keri Selig is a Golden Globe® and 5-time Emmy®-nominated producer and the Founder and President of Intuition Productions, a feature film and television production company in Hollywood. Before forming Intuition, Selig spent over a decade as an executive at a number of production/finance companies at various studios. She was Executive Senior Vice President of Production at Bel-Air Entertainment, the Warner Bros-based feature film production and finance company, from 1999 through 2001, where she worked on films such as Collateral Damage and Pay It Forward.

Selig continues to produce scripted and unscripted television and feature films. She most recently executive produced the four-hour miniseries After Camelot that aired on the REELZChannel April 2, 2017. It starred Katie Holmes and Matthew Perry, was written by Stephen Kronish, and directed by Jon Cassar (24, The Kennedys) and Katie Holmes. After Camelot is based on the acclaimed book by fourteen-time New York Times bestselling author J. Randy Taraborrelli.

Prior to After Camelot, Selig executive produced a four-hour miniseries The Secret Life of Marilyn Monroe for Lifetime, based on the book by J. Randy Taraborrelli, written by Stephen Kronish (24, The Kennedys), and directed by Laurie Collyer (Sherrybaby, Sunlight Jr.). The miniseries stars Susan Sarandon, Emily Watson, Jeffrey Dean Morgan, and Kelli Garner. It received 17 nominations including three Emmys®, a SAG award, a DGA award, a Prism award, and Selig won the 2016 Women’s Image Award for Outstanding movie.