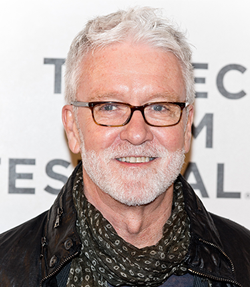 John N. Hart Jr. is the Founder & CEO of Evamere Entertainment. With over four decades in the entertainment industry, John Hart has produced critically acclaimed feature films and Tony Award®-winning theatrical productions. His film credits include Boys Don’t Cry, You Can Count on Me, and Revolutionary Road. His theatre credits include Once, 2012 winner of 8 Tony Awards®; The Band’s Visit, 2018 winner of 10 Tony Awards® and the Grammy® for Best Musical Theater Album; A Bronx Tale; The Who’s Tommy; Hamlet with Ralph Fiennes; How to Succeed in Business Without Really Trying, starring Matthew Broderick; Annie Get Your Gun starring Bernadette Peters; and the record-breaking revival of Chicago. John is an alumnus of Dartmouth College.