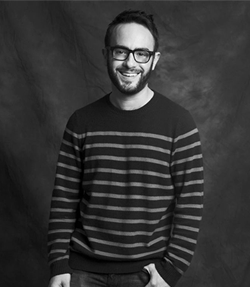 John received his B.A. in Theater and American Studies from Yale University, before attending New York University’s Graduate Film Program.
He wrote and directed his first short film Shame No More at NYU, a film that played over 70 film festivals. His second, Slo-Mo, premiered at Telluride and went on to play Sundance and air on HBO, PBS, and the Sundance Channel.

John has written screenplays for Universal Studios, Fox 2000, Lionsgate, and Miramax, and directed television for Fox and ABC. He is preparing to direct his second feature Tunnels starring Susan Sarandon and Jaeden Martell.

He has taught filmmaking and lectured at the University of Southern California, New York University, the New School, and Yale University.