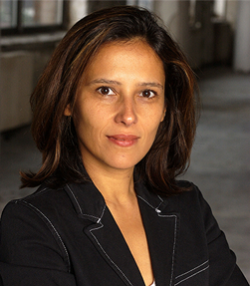 Joana Vicente is the Executive Director and the Co-Head of the Toronto International Film Festival.

She previously served as the Executive Director of the Independent Filmmaker Project and the Made in NY Media Center by IFP. IFP is the oldest and largest nonprofit organization for independent storytellers in the U.S.

Joana Vicente is also recognized as a leading figure of the digital film revolution. Her pioneering digital production companies Blow Up Pictures and HDNetFilms, which she launched with partners Jason Kliot, Mark Cuban, and Todd Wagner, ushered in a new era of digital filmmaking that radically transformed the landscape of American independent film production and distribution.

Before turning her attention to film, Vicente served as a press attaché for the Portuguese delegate to the European Parliament and a radio news producer for the United Nations.