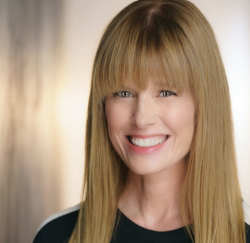 Jessica Bendinger’s movies have grossed over $500 million worldwide and have spawned sequels, TV shows, and Jeopardy! questions. Her directorial debut Stick It (starring Jeff Bridges) had the highest per screen average during its opening weekend and was the No.1 download on iTunes for seven straight weeks.

An acclaimed Hollywood screenwriter who launched onto the scene with her original script Bring It On (which debuted at No.1 in the box office and remained there for two weeks), Bendinger was named by Glamour Magazine as one of “Hollywood’s Most Powerful Women Under 40.” Bendinger was a writer on the Emmy® and Golden Globe® award-winning Season Four of Sex and the City, credited on the episode entitled “Time & Punishment.”

Bendinger’s screenwriting credits include The Truth About Charlie, First Daughter, and Aquamarine. Her uncredited work includes What A Girl Wants, Freaky Friday, Mean Girls, Charlie’s Angels 2, Just Like Heaven, Ghosts of Girlfriends Past, G-Force and Hitch.

She wrote and directed the teen gymnastics hit Stick It, which got a gold medal podium shout-out during the 2008 Olympics broadcast as US Champion Nastia Liukin won gold in the All-Around Competition.

Simon & Schuster published Bendinger’s debut novel The Seven Rays in 2009. Her original television pilots for The 7 Rays, Ladylike, and Clocked are in development. An avid songwriter, Bendinger co-wrote “Hurts to Think” for Miranda Lambert’s last album, For The Record, and has been collaborating on a new stage musical called Psyched, a comedic journey through the wonderful world of mental health.

Bendinger lives in Hollywood with her dog Minnie.