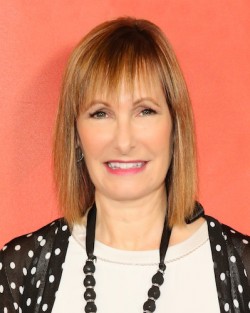 Gale Anne Hurd is one of the industry’s most respected film and television producers. In 1984, after working in various capacities for legendary producer Roger Corman, Hurd produced and co-wrote her first feature film, The Terminator. The film was a box office and critical success, and has since become a genre classic. This success was quickly followed by Aliens, which received seven nominations and two Academy Awards®, followed by the Academy Award®-winning films The Abyss, Terminator 2: Judgment Day, and The Ghost and the Darkness.

Some of her additional credits include Armageddon, The Incredible Hulk, The Waterdance, which won Sundance’s Audience and Screenplay Awards, and MANKILLER, the award-winning Native American PBS documentary. Hurd’s most recent feature, the Lionsgate/CBS Films’ Hell Fest, was released theatrically worldwide in 2018 and is now available on Netflix.

Along with The Walking Dead, Hurd is also an Executive Producer of the show’s companion series, Fear the Walking Dead, as well as the third chapter in the ‘Walking Dead’ series, The Walking Dead: World Beyond, which was just renewed for a second season.  She also serves as a Consulting Producer on AMC’s top-rated talk show, Talking Dead. A ‘Walking Dead’ feature film was also announced and will premiere theatrically via Universal Pictures, with Hurd serving as a Producer.

Hurd’s anthology series, Lore, based on the popular historical podcast of the same name, is currently streaming its first and second seasons on Amazon. Her recent Executive Producer credits also include two seasons of Falling Water for the USA Network and Hunters for Syfy.

A long-time former Board Member and Officer of the Producers Guild of America, Hurd received the organization’s coveted David O. Selznick Award for Achievement in Feature Film.  She has served as a Governor of the Academy of Motion Picture Arts and Sciences and on the Boards of the American Film Institute, the Waterkeeper Alliance and the Ocean Conservancy.  Gale was inducted into the prestigious International Women’s Forum Hall of Fame, and her Star can be found on the Hollywood Walk of Fame.