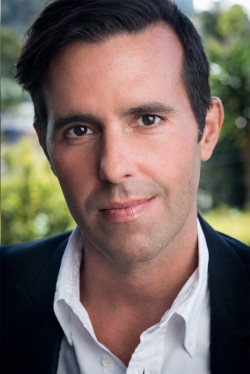 Charlie Corwin is Co-CEO of SK Global Entertainment. An entrepreneur with over 20 years of media experience, Charlie Corwin co-founded and led Original Media as its CEO until Endemol acquired a majority stake in November 2007. Subsequently, Corwin became co-CEO of Endemol Shine North America, the merged global independent content creator, producer, and distributor with a diverse portfolio of companies behind some of the most prominent hit television formats and series in the world. Corwin oversaw all of the division’s unscripted programming, including hits such as CBS’ Big Brother and FOX’s MasterChef and scripted series from its Endemol Shine Studios, producers of AMC’s Hell on Wheels, DirectTV’s Kingdom, and HBO’s drama Utopia.

An award-winning film and TV producer, and acclaimed for his box office successes, Corwin is widely considered an innovator for his creation of subculture specific docu-series such as Miami Ink (TLC) and its popular spinoffs, LA Ink and NY Ink, as well as the breakout successes Swamp People (History) and Storm Chasers (Discovery).

In 2016, Corwin served as IMAGINE Entertainment’s CEO, co-founded by Ron Howard and Brian Grazer. Corwin was brought in as part of a ramp-up of Imagine’s executive ranks as the partners were starting to build an expansive independent studio with the $100 million investment the company received from Raine Group.

Corwin has produced numerous feature films that have been nominated for a total of 18 Spirit Awards, 4 Golden Globes®, and 5 Academy Awards®. Among them are The Squid and the Whale, Half Nelson, A Guide to Recognizing Your Saints, August, Twelve, Sunlight Jr , and Jackied.

He was born and raised in New York City and currently lives in Los Angeles with his wife and two children.