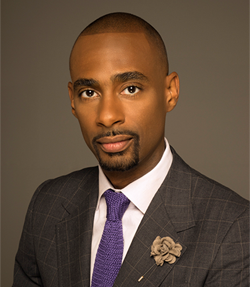 Charles D. King is Founder & CEO of MACRO, a multi-platform media company representing the voice and perspectives of people of color. Mr. King casts the overall vision, mission, and strategic goals for the company’s multiple business verticals, which include a film and television studio, talent and influencer management divisions, a branding and creative agency, and an affiliated venture firm.

Launched in 2015, the company has produced and/or financed 13 feature films to date, including Judas And The Black Messiah, starring Daniel Kaluuya and LaKeith Stanfield; Just Mercy, starring Michael B. Jordan, Jamie Foxx and Brie Larson; Sorry to Bother You, starring LaKeith Stanfield and Tessa Thompson; Mudbound, starring Carey Mulligan and Garrett Hedlund; and Fences – the film adaptation of the Tony®-Award winning play by August Wilson, which starred Denzel Washington and Viola Davis. MACRO’s projects have earned fifteen Academy Award® nominations and three wins for Davis in Fences, Kaluuya and H.E.R. for Judas, as well as numerous other nominations.

King secured a co-financing, first look deal with Warner Bros. in 2019. Through its television studio, MACRO produced the global hit Raising Dion, which debuted on Netflix in 2019 and went on to become the streamer’s #1 Kids and Family show worldwide; as well as 2020’s Latinx dramedy Gentefied.

Before launching MACRO, King formerly was Partner/Agent in the motion picture department at William Morris Endeavor (WME.) He is the first African American to rise from the training program in the Beverly Hills office film and TV group to Partner in that company’s 100+ year history, and the first African American partner of any major talent agency.

An active angel investor and dedicated philanthropist, he is a member of AMPAS and sits on several non-profit boards, including Paley Media, the Sundance Institute, the NBA Players Association, Think 450, and College Track.