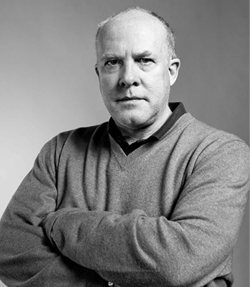 Cassian Elwes is an expert in producing, arranging financing, and finding distribution for independent films. He began his producing career with 1984’s Oxford Blues starring Rob Lowe and Ally Sheedy and quickly went on to make another 29 films, including Men At Work, with Emilio Estevez and Charlie Sheen, and The Chase, again with Sheen.

In 1994, Elwes joined William Morris and headed William Morris Independent Film for 15 years. He arranged financing for indie hits such as Slingblade and The Apostle, both of which were nominated for multiple Academy Awards®. Monster’s Ball was their historic follow up as Halle Berry became the first African American woman to win the Academy Award® for Best Actress. In the end, he had arranged financing and distribution for 283 films during his tenure at William Morris.

Since leaving William Morris 12 years ago, Elwes has either produced or executive produced more than 75 films such as David Lowery’s Ain’t Them Bodies Saints, which was nominated for a Gotham Independent Film Award for Best Feature; Derek Cianfrance’s Blue Valentine, starring Ryan Gosling and Michelle Williams, for which Williams was nominated for Best Actress at the Academy Awards®; and the hit period drama Lee Daniels’ The Butler, which featured an all-star cast headed by Forest Whitaker and Oprah Winfrey.

He also executive produced J.C. Chandor’s All Is Lost starring Robert Redford and executive produced and arranged financing for the Academy Award®-winning hit Dallas Buyers Club, directed by Jean-Marc Vallee, starring Matthew McConaughey, Jared Leto, and Jennifer Garner. On becoming one of the most celebrated independent producers, Elwes said to Screen International, “what people lose sight of is that these films cost a tenth of the films that they competed against at the Academy Awards®. The privilege was the recognition.”

Most recently, Elwes produced both the multiple Academy Award®-nominated Mudbound, directed by Dee Rees, which Netflix distributed, and Dee Rees’ latest film, The Last Thing He Wanted, starring Anne Hathaway, Ben Affleck, and Willem Dafoe, which Netflix also distributed. In 2021, he executive produced Lee Daniels’ The United States Vs. Billie Holiday, which earned star Andra Day an Academy Award® nomination for Best Actress. Best Sellers, starring Michael Caine and Aubrey Plaza, and Medieval, starring Ben Foster, are currently in post-production. The Hollywood Reporter has said that Elwes was “involved in a virtual who’s who of every great independent film of the last twenty years”.