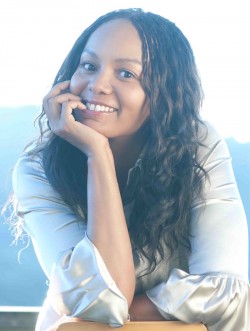 Anne Marie Fox is a native of southern California, educated at private Catholic schools with the exception of the three years spent attending Helmholtz Gymnasium in Heidelberg, West Germany from ages 10 through 13. During this time abroad she began her fascination with photography, cinema, and writing.

Her passions marry well in her current career as a Motion Picture Film Stills Photographer. She has worked for over a decade as a commercial actress and model in Los Angeles and New York City, represented by Cunningham Escott-Dipene and Elite. Concurrently, she attended Columbia University receiving a degree in English Literature with a minor in Film Studies. After graduation, she apprenticed with legendary photographer Brigitte Lacombe in New York City and Paris, simultaneously attending the Intensive Photography program at the International Center of Photography, where she studied under the tutelage of art photographer Nan Goldin.

She has participated at the Santa Fe Photo Workshops, exhibited her work in a one woman show at Elysium Arts Gallery in New York City, and has had her celebrity portraits featured in numerous international publications. Specializing in portraiture, film stills, and landscape photography, Anne Marie Fox has lived and worked extensively in New York, Italy, France, England, and the Czech Republic.

Her initial foray into film still photography came on the set of Kenneth Branagh’s Frankenstein while engaged to actor Robert De Niro who also starred in the film. She received recognition for her stills on Catherine Hardwicke’s coming of age teen drama Thirteen, becoming a member of IATSE Cinematographers Guild in 2002.

She has attended UCLA’s Professional Screenwriting Program and Jeff Gordon’s Writers Bootcamp in Santa Monica. She also contributes as a staff film reviewer for the British industry-driven Junsui Films. Her photography is syndicated by CORBIS.