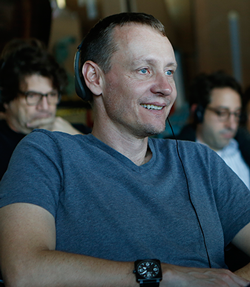 He has also worked extensively in features, doing a great deal of rewrite work and co-writing screenplays for the feature films The Cat in the Hat, EuroTrip, and The Dictator. Berg has been nominated for seven Emmy® awards, four WGA awards, a Golden Globe®, and a Razzie®. A graduate of Harvard University, Berg resides in Los Angeles with his wife, Michele, his daughter India, two dogs, a hamster, a fish, and a rat.