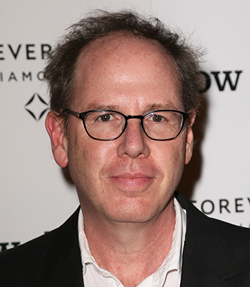 Berger’s executive producing credits include the award-winning documentary Crumb, the Wilco documentary I Am Trying to Break Your Heart, and the Levon Helm documentary Ain’t In It For My Health. Berger and Yerxa are also co-executive producers on the new HBO series The Leftovers.

Bona Fide recently completed production on Louder Than Bombs starring Jesse Eisenberg, Gabriel Byrne, and Isabelle Huppert, directed by Joachim Trier. The film premiered in competition at 2015’s Cannes Film Festival. Their upcoming projects include The Only Living Boy in New York to be directed by Marc Webb and Juliet, Naked, based on the Nick Hornby novel, which they are producing with Judd Apatow.

After graduating from Tufts University, Albert Berger returned to his native Chicago where he owned and managed the Sandburg Theatre, a revival showcase for obscure and classic films. He attended Columbia University film school before moving to Los Angeles to write scripts for Paramount, TriStar, MGM, Orion, and producer Roger Corman. Berger went on to serve as Vice President of Development for Marvin Worth Productions where he worked on several projects, including Malcolm X.