Facebook’s track record has become so bad that Zuck thought he’d better pivot – not to improved behavior, just to a new name.

Rebranded as Meta in October last year, the company has doubled down on what makes it so special. It continues to prioritize hypergrowth over safety, create more addictive experiences, and exploit users for more sensitive personal data – all in hopes of realizing every clichéd supervillain’s dream: world domination.

Defying common wisdom, Zuck decided on the rebrand all by his megalomaniacal self. As a little bird (not the one from Twitter’s logo) told us, the C-suite rebranding conversation went down just like this:

“The same thing we do every night. Try to take over the world!”

Much like Pinky and The Brain, the cartoon mice who exchanged those lines throughout the 1990s, Facebook remains obsessed with one goal. But unlike those rodents, it is not at all a loveable villain. Nothing has made that so clear as The Facebook Files, launched when Frances Haugen, a software engineer and four-time desert ranger for Burning Man, blew the whistle.

With one IP-related exception, we aren’t summarizing The Facebook Files in our timeline. Instead, we’re collecting even more news to augment the story. After each update, we brace ourselves for the next revelation, which never ceases to amaze.

Happily, more and more Members of Congress are outraged, too – as they have made clear in their latest round of hearings.

On to the update!

In Facebook’s never-ending efforts to avoid accountability, it has now blocked researchers who were trying to understand the spread of divisive political ads. The NYU Ad Observatory provided a browser extension to about 16,000 volunteers so they could send back data about how they were being microtargeted. This same week, Facebook scrapped the project, trumpeting privacy concerns. Its real worry: this will make the public even more aware of its toxic business model.

Facebook’s Solution for Targets of Racist Harassment? Hide It Yourself.

After years of failing to protect Black athletes from racist comments on its platforms, including Facebook and Instagram, Facebook continues to sit on its hands. Fancy yet ineffective anti-harassment tools that Facebook has previously recommended to Black soccer players include an “athlete safety guide” and Hidden Words, which filters out user-designated terms or emojis. After a racist torrent followed the European Championship in July 2021, a Facebook official reiterated that harassed players need to be responsible for solving this problem: “Ultimately the onus is on them to go into Instagram and input which emojis/words they don’t want to feature.” Even Facebook’s employees want the company to act, but company leaders seem willing to tolerate any abuse if it increases user engagement.

Facebook’s ban on terrorist organizations hasn’t stopped the Taliban from using the platform to drum up support. Followers of the Taliban’s official pages have more than doubled, reaching 49,000 today. If reporters are able to find these accounts and pages, then so can Facebook – so why doesn’t it?

Tens of thousands of Facebook posts from the weeks before and after January 6 are missing from CrowdTangle, a Facebook-owned app that is supposed to collect public material from the site. The discrepancy was discovered by researchers trying to evaluate content moderation around the Capitol insurrection. Facebook claims that most of the missing posts shouldn’t be appearing in CrowdTangle anyway because they have either been deleted or made private. Researchers think “Facebook has lost a tremendous amount of credibility” by failing to disclose changes to the database. Really? We didn’t think it had any more to lose!

Researchers just learned that they have based two years of studies of misinformation on Facebook on highly incomplete data. The dataset was supposed to cover all users meeting a certain threshold for political activity. Instead, half of the data for U.S. users was missing. A professor in Italy discovered the staggering error when he compared Facebook’s own transparency reports with the data it gave to researchers. The numbers didn’t add up. When Facebook had to tell scientists, one “expressed concern that Facebook was either negligent or, worse, actively undermining the research.” Yes, it can be difficult to tell the difference between incompetence and sabotage…

According to a leaked document, Facebook knew the 2020 U.S. election was under threat by troll farms just like the one in 2016. It also knew how to fix the problem… but it didn’t want to decrease user engagement. According to a Facebook data scientist, troll farms in Kosovo and Macedonia were targeting key voting groups: Christians, African Americans, Native Americans, and women. The trolls reached 140 million U.S. users every month, yet only 25% had actively followed their pages. Misinformation spread so virulently thanks to News Feed, which pushes content to keep users outraged and engaged. Facebook knows how to promote authoritative content instead of misinformation, but it prefers money to truth. In fact, five of the troll farms identified in October 2019 were still online almost two years later, the day this story broke.

In two separate lawsuits, Facebook shareholders are suing directors, including CEO Mark Zuckerberg and COO Sheryl Sandberg, for overpaying the Federal Trade Commission to settle the matter of Cambridge Analytica. If Facebook had lost the case in court, it would have owed a $106 million fine. Instead, Facebook directors offered the FTC about $4.9 billion more in company money if Zuck and Sandberg wouldn’t have to testify – and if Zuck could be released from any personal liability. Three out of five FTC commissioners voted to accept the offer, but now shareholders want their money back – they didn’t invest in Facebook to bail Zuck out of trouble!

Facebook Bans Coder for Taking Crack out of Secret Sauce

Louis Barclay knows that News Feed makes Facebook toxic and addictive, so he decided to create a browser extension called Unfollow Everything. As the name suggests, it unsubscribes users from all updates so that they can either eliminate News Feed or create a curated version from a blank slate. After Barclay started giving Unfollow Everything away for free on the Chrome Store, Zuck banned him for life from Facebook and Instagram, as well as threatening to sue. Consequently, Unfollow Everything is no longer available to users. It looks like Surreal Entertainment was right when it joked that Zuck would kill users for refusing his gift of Sweet Baby Ray’s BBQ Sauce.

According to The Wall Street Journal, plagiarism and copyright infringement command 40% of visits to Facebook Pages. That’s what data scientist Jeff Allen found in 2018, but as so often happens, Zuck squashed his own expert’s simple solution. In 2021, Facebook’s new transparency reports confirmed Allen’s point: almost all the most popular content is stolen. Like Allen, another researcher understands what’s at stake: “legitimate creators and small businesses are struggling against the weight of it all.” But Zuck doesn’t care about IP – or OP (other people).

More than 200 local newspapers across the country are suing Facebook and Google in the wake of a U.S. House of Representatives Antitrust Subcommittee report. Both companies have built their platforms on the backs of reporters, stealing journalistic content and claiming ad revenues. Now, small papers are banding together to challenge the tech behemoths.

The Vietnamese Australian artist Thea-Mai Baumann created the Instagram account @metaverse in 2012, but it was seized after Facebook’s fall 2021 rebrand. “Your account has been blocked for pretending to be someone else,” Baumann read. Meta ignored her appeal until The New York Times inquired. Although her account has now been restored, Baumann worries that the metaverse that she and other creatives have already been building will now be “corrupted by the kind of Silicon Valley tech bros who I feel lack vision and integrity.” Sounds about right.

For myriad reasons, respondents to Yahoo Finance’s annual survey voted Meta “the worst company of the year.” Only a third of people believe redemption is possible. We think they’re being generous due to the holiday season.

While Facebook touts spending to improve content moderation, users can easily find violent imagery or hate speech posted by supporters of the Taliban and the Islamic State group. In fact, Facebook’s algorithms have tagged prohibited content as “insightful” and “engaging” – promoting it instead of flagging it for removal.

For twelve years, Facebook has made Glassdoor’s list of the one hundred best places to work in the United States. This year, however, the social media giant was knocked down thirty-six rungs to its lowest position ever on the ladder. Do you think it might have anything to do with how employees feel about a company that pushes flawed or toxic products?

According to a lawsuit from several state attorneys general, Google and Facebook conspired to rig ad auctions for the purpose of cementing their online monopolies. Ex-Googler Sheryl Sandberg, Facebook’s Chief Operating Officer, played an instrumental role.

Get out the scrapbook, Ma! Facebook just got its first criminal lawsuit. For years, Australian billionaire Andrew Forrest has asked Facebook to stop his likeness from being abused in scam advertisements. Since Facebook hasn’t acted, Australia’s attorney general approved Forrest’s request to sue Facebook for complicity with money laundering. It seems like only yesterday that Facebook was fined $5 billion for violating a 2012 consent decree with the U.S. FTC. Now, the social media giant is graduating from civil to criminal charges. Where has the time gone?

Small businesses that have advertised on Facebook or Instagram are one step closer to justice now that a federal judge has granted class-action status to a lawsuit filed in 2018. Two million advertisers may receive reimbursement if the lawsuit succeeds in showing that Facebook exaggerated reach metrics to inflate profits. In protest, Meta offered nothing more than a “blunderbuss of objections,” as the Honorable U.S. District Judge James Donato aptly put it.

Panicked by TikTok’s growing popularity, Facebook hired the public-relations firm Targeted Victory to smear the rival app, which teenagers prefer. The smear campaign spread false rumors that TikTok promoted dangerous behavior through “Slap a Teacher” and similar challenges. Additionally, Targeted Victory planted deceptive op-eds in local papers. While Facebook hoped that this oppo campaign would distract the public from its own record, we’re now reading headlines like “How Facebook Tried to Ratfuck TikTok.” Has Facebook ratfucked itself instead?

Since we have been tracking data barons’ abuses for a long time, we weren’t holding our breath that Facebook would change even after Haugen’s Congressional testimony. By now, we know how android Zuck responds to Code Red. He just executes a public-relations protocol.

Rebranding as Meta won’t change Facebook’s underlying business practices. But it will cost money that Facebook ought to be investing in online safety. Hey, Zuck, wouldn’t that be a better use of the funds you allocated to hire 10,000 EU workers for the metaverse?

As a professor and computer coder writes in The Atlantic, Zuck’s metaverse is so 1990s – an era Zuck seems stuck in. Worse, he wants to take us all there with him. As The Atlantic article concludes, “Facebook’s promised metaverse is about distracting us from the world it’s helped break.”

Well, thanks to Haugen, the jig is up. It’s time for Congress to stop the charade.

Return to beginning of timeline

9 Paintings that Stand the Test of Time 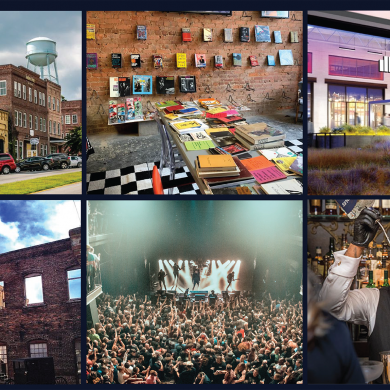