Even if You’re a “Broke Film Student” – Your Work Matters

The path to becoming a filmmaker is a long and arduous journey. For student filmmakers still trying to hone their craft in film school, long nights at a keyboard as the computer screen lights up another cup of coffee are an all too familiar scene.

But seeing it through to the end is even harder when these aspiring artists begin to doubt the value of their work – especially in the digital age where the devaluation of creativity affects even film students’ heroes. How could I make it when films with million-dollar budgets are struggling to stay above water?

CreativeFuture CEO Ruth Vitale took a short break from Sundance this past week to speak with students at the University of Colorado – Denver and deliver an important message: That their work, their efforts, and their art matters.

Raleigh Gambino, a self-described “broke film student,” was there for Vitale’s presentation and her words resonated with him. He sent the following email after her talk:

Your words concerning piracy, and how it is affecting the creative industry, really made an impact on me. You have forever changed how I view the value of creativity – and my creative works in particular. I’ve been studying and making films for three years here in Denver 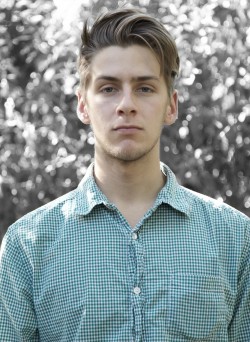 and I have never really understood that the digital theft of creative works is a real threat to my career.

You told me that my “work matters” and you said it with sincerity. For the longest time I have believed that my work was not something that mattered, that our culture could live without my silly dramas or comedies.

You have helped me realize that art changes lives, including my art – even if it makes you laugh – ESPECIALLY if it makes you laugh! I now see that people love to watch movies because they connect as an audience on both an individual and a group level. It gives me the desire to persevere through the hardships of being a broke film student so that I can eventually create a film that matters to a whole bunch of people.

To all the Raleigh Gambinos out there – your work matters – and we can’t wait to see it.

Why CreativeFuture Goes to Washington, D.C.