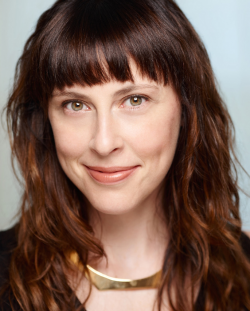 Katie Irish is a costume designer, best known for her work on the award-winning FX series The Americans. She began as a shopper for the first season of the show, became assistant designer for seasons two and three, and then took the helm as designer during season four. The final season of The Americans took home both the Best Drama awards from the Emmys® and the Critics’ Choice.

In addition to her work on The Americans, Irish designed the NBC series The Enemy Within, indie features The Widowers and Landing Up, co-designed the Season 10 semi-finals and finale of NBC’s America’s Got Talent, shopped for HBO’s Deadwood, and served as the New York design assistant for The Muppets’ Wizard of Oz. She has also designed numerous commercials, short films, and music videos.

Earlier in her career, she worked extensively as an associate designer on Broadway, where favorites included Jesus Christ Superstar; Godspell; Spider-Man: Turn Off the Dark; Jerusalem; Fences; Promises Promises; The Seagull, Is He Dead?; and Shrek.

Originally from Memphis, Irish is an alum of NYU’s Tisch School of the Arts, with an MFA in Design for Stage & Film. She is currently working on a new series for Netflix. Her website can be found here.