The Fair Use Quiz

Welcome to Fair Use Feud – the game show about whether the use of a copyrighted work is fair use or infringement! We’re going to present some real-life examples. It’s up to YOU to decide if it’s fair use or infringement. Then we’ll tell you the way the courts actually resolved the cases before them, and see how you think they did. “Fair use,” for any newbies out there, is a legal defense in copyright law that permits people to make otherwise infringing uses of copyrighted works they do not own for certain purposes benefitting the public good – such as to analyze, critique, and even parody those works. Fair Use also allows for the reinvention of copyrighted works into something different – what courts refer to as “transformative” uses. The use must alter the original work “with new expression, meaning or message” in ways that don’t unfairly interfere with the market for the original or the copyright owner’s legitimate interest in licensing derivative uses. People who just want an excuse – such as pirates – to justify the appropriation of content they do not own will often insist: “Fair use! Fair use!” It is an enticing strategy because fair use is malleable – and each case must be considered based on the unique facts of the given circumstance. In examining fair use, courts consider four factors, ranging from the purpose and character of the use to the effect it has on the market for the original work being used. The idea is to evaluate whether someone is using the copyrighted content in a way that is a net positive for society, or unfairly benefitting from the work without compensating the creator, in a way that harms the creator’s ability to earn additional compensation in the future. Unfortunately, there has been a troubling trend toward overly expansive interpretations of fair use. On platforms such as YouTube, many users feel entitled to upload virtually anything without permission so long as they cry “Fair use!” somewhere along the way. YouTube, and its parent Google, have done little to discourage this line of thought. To be, well, “fair,” fair use can be very tricky to determine, but that doesn’t mean we shouldn’t try. Here are some real-life fair uses decisions to help you understand the conundrum a bit better. Read each summary, then click your selection – fair use or infringement? – to reveal what the courts decided. Tread carefully – there is a reason why the U.S. Supreme Court once referred to the concept of fair use as “the most troublesome in the whole law of copyright.” With that in mind, let’s… play… Fair Use Feud!

It’s possible that this is the most famous fair use case of them all. You almost certainly are familiar with Google’s epic effort to digitize every known book in the world, which means there’s a good chance you also know about the Authors Guild’s subsequent lawsuit against the internet giant. The case went on for years, and opened up all sorts of complicated, often troubling inquiries regarding the distribution of literary materials in the digital age. We don’t have time to get into it all, so we will just ask the question at the heart of the legal battle that surrounded the project almost from its inception: If Google digitally scans entire copies of books into its database without the permission of the authors, renders the entire database text-searchable, and then displays snippets from them in search results, does this constitute copyright infringement? Or, can it be deemed fair use, as Google argued, because the scanning of books was “transformative” in a technical sense – offering a search engine for books rather than reselling or otherwise distributing them without permission?

That’s how the Second Circuit – a federal appeals court in New York – ruled on this lawsuit, opining that making the database searchable and accessible only in the form of snippets did indeed “transform” the original books – converting them into a tool for finding books as opposed to offering up the books themselves. The Court also held that the search engine’s display of a given snippet in response to a search request was too small to constitute a market replacement of the complete copyrighted original. Many authors and publishers disagree with the controversial decision. They believe that Google’s database allows people that would otherwise buy a book to find the parts they need without paying, and that it hurts the licensing market, including for the authors’ and publishers’ own databases. To them, it is unfair to allow people to benefit from their work without providing compensation – and don’t forget that Google benefits from the arrangement, too, earning advertising revenue and collecting valuable user data from searches of the database. The Supreme Court declined to hear a further appeal of the case, leaving stand the appeals court’s decision but also leaving open the possibility that the decision will be clarified or narrowed in the future. In fact, the issue of how expansively the notion of “transformative use” can reach is before the Supreme Court right now in a copyright infringement case Oracle brought against Google for wholesale copying of parts of the Java computer programming language. The Supreme Court is scheduled to hear oral arguments in the case October 7, 2020. In the meantime, Google is free to continue filling its book database and displaying truncated versions of the copyrighted results to its heart’s content – though, its eagerness to do so seems to have diminished in recent years.

In 1999, a tech company called TVEyes (a little creepy, huh?) started recording television shows from TV stations and cable channels across the country, slicing and dicing them into bite-sized clips, and charging subscribers $500 a month to access them (including the ability to view, archive, download, and share with others ten-minute clips) all in one convenient and text-searchable database. The company had not obtained permission to use this programming from the rightsholders – and so, in 2013, Fox News decided to do something about it, suing TVEyes for copyright infringement. TVEyes claimed fair use on the grounds that by giving its subscribers access to the copyrighted works, it was giving them the chance to make their own fair uses of them via media monitoring, criticism, mashups, and other pursuits it argued were “transformative” (there’s that word again) and therefore “fair.” Who was right? Was this…

The crux of TVEyes’ argument was that by simply enabling fair uses by their subscribers, the company itself was engaging in fair use. But, as copyright blogger David Newhoff explained in a post about this case: “a defendant bears the burden of proving that its use is intrinsically ‘transformative’ (i.e., novel) rather than argue that certain users of its service [i.e., third party subscribers to its service] might make individual, ‘transformative’ uses of works the defendant has made available to them.” Bottom line: TVEyes was a for-profit entity selling access to works clearly owned by others. Entire episodes were copied and clipped and then made accessible in 10-minute snippets, which, by the way, could easily be reassembled into the complete original work. It is difficult to imagine painting this scenario as anything other than the outright stealing of creative materials. And sure enough, the appeals court in this case found that, because TVEyes’ “re‐distribution makes available virtually all of Fox’s copyrighted audiovisual content – including all of the Fox content that TVEyes’s clients wish to see and hear – and because it deprives Fox of revenue that properly belongs to the copyright holder, TVEyes has failed to show that the product it offers to its clients can be justified as a fair use.”

It is difficult out there for an adult entertainment company in an internet era where a galaxy of free porn can be found with a quick Google search. We now hold this truth to be self-evident, but back before Google was quite the unstoppable force it is today, at least one plucky little purveyor of naughty pics tried to fight back. In 2004, adult entertainment publisher Perfect 10 sued Google for copyright infringement. It alleged that Google infringed its copyrights in Images search results by making and displaying unauthorized thumbnail versions of Perfect 10’s copyrighted images, as well as by linking searchers to websites with pirated versions of the full images (and not just to Perfect 10’s own site). Google claimed that creating and displaying the thumbnail versions was “transformative” and thus a fair use, because it served an indexing function that connected potential users to the full images, fulfilling copyright’s intended goal of promoting access to creative works. What do you think? Was this…

As with Authors Guild v. Google, Google’s usage of someone else’s copyrighted work held sway in court – in this case on the basis that such use was, in the eyes of the court, “transformative.” Even though Google had appropriated the images in their entirety (albeit at a lower resolution) and had not actually substantively altered or added to the images themselves in any way, the Ninth Circuit Court of Appeals agreed with Google on the fair use argument, ruling it had “transformed” those works from a means of artistic expression to a tool for finding information (if that’s what you call internet porn) on the internet. The Ninth Circuit claimed any potential loss of thumbnail licensing revenue by Perfect 10 to be highly speculative, and that it did not outweigh the public benefit (helping users find nudie pics online) provided by Google’s “highly transformative” usage. The court’s decision sets another bad fair use precedent for creatives in the digital age. Simply put, the onus of policing pirated content on platforms like Google is not Google’s problem – it is yours.

THANKS FOR PLAYING FAIR USE FEUD!

That concludes our Fair Use Feud quiz. How did you do? If you got all three correct, you are a Fair Use All-Star! If you got less than three, that’s okay, too! As you can tell, we’re not sure all of these cases reflect an outcome consistent with proper application of fair use principles. But that is really the point. The outcome in fair use cases can be difficult to predict. In an era of wanton digital piracy and extreme platform irresponsibility, it is crucial that we all educate ourselves about the difference between fair use and infringement. Why? Because Facebook and Google like to keep things ambiguous, so they can invoke fair use to immunize themselves against infringement liability and continue profiting from the creative works of others, as well as the massive amount of pirated content across their platforms. The more you know about copyright – and fair use – the better for creativity. #StandCreative. 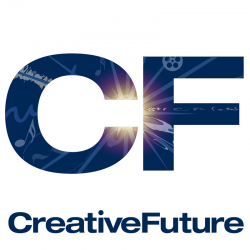